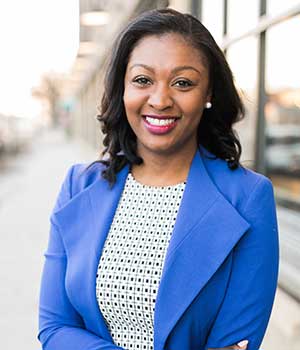 Some groups who disagree with the stay-at-home orders enacted in an attempt to slow the spread of COVID-19 protested at the Michigan state Capitol in Lansing to share their frustrations starting on April 30, 2020. However, some of those who showed up to exercise their right to protest did so with symbols of hate, including Confederate flags and nooses.

After their racist show of force, several armed Black men and women decided to walk with Michigan state Rep. Sarah Anthony, a Democrat from Lansing, as she entered the state Capitol building.

Anthony recently appeared on the “rolling out AM Wake-Up Call” on May 11, 2020, to share her thoughts on racist protests in Michigan that, at press time, have continued.

What were your initial thoughts when you witnessed armed protestors and racist symbols at the state Capitol?

When you wake up, you never know what you’re going to face. There have been several protests. Many people are suffering in our state when it comes to coronavirus, especially people in the Black community. A small fringe group decided to come to the Michigan Capitol and fly Confederate flags and bring nooses. We were met by hatred. When I got to my office, I went on social media to give people an update. I was triggered by hatred. The same people who were carrying those hateful signs were allowed in the state Capitol with automatic rifles. I never understood the correlation between the stay-at-home order and an AR-15. It was a step too far for me.

When should authorities say enough is enough when it comes to guns and protests at the Michigan Capitol?

Folks stepped up and said if they were needed, they would be there. A discussion occurred online [about] if Blacks could share the same rights as White people. People didn’t feel like I did not have the protection that is needed. There was not a plan to keep us safe that day. That offer was never made. Even as the armed gunmen were feet away from us.

You were escorted to the state Capitol by several armed Black citizens. Should it have gotten to that point?

I appreciate the brothers and sisters who stepped up for me. My tax dollars go to the police, they are deputized to do this work. It should not take community leaders with a willing heart and compassion to keep their law officials safe. We are pressing on the people who are hired to do that work to step up so that citizens are not put in a compromising situation.