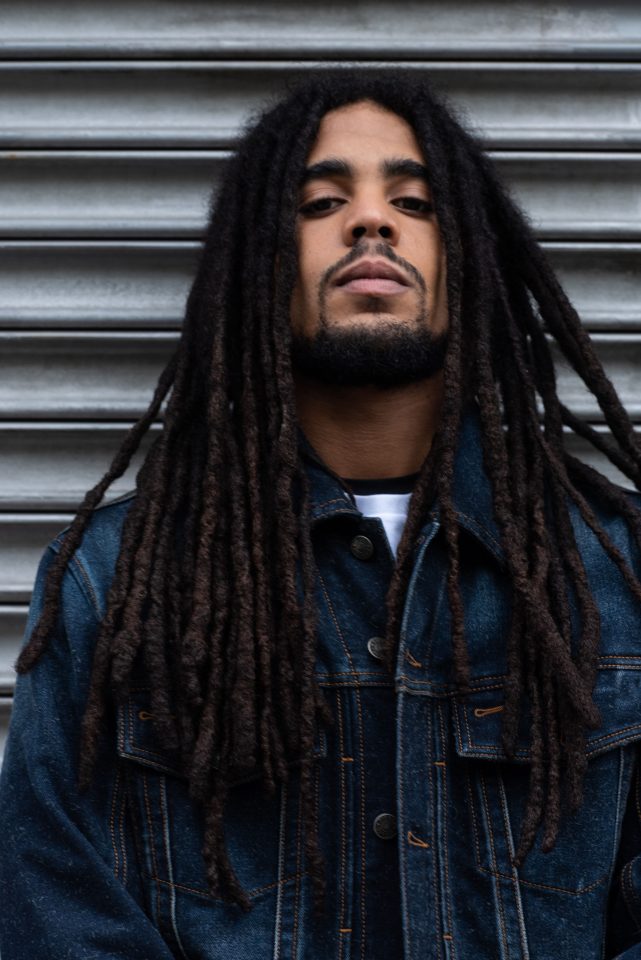 Skip Marley, grandson of the legendary artist Bob Marley, is chartering his own path to success with his musical career.

Skip is making history with R&B singer H.E.R., as their sultry song, “Slow Down,” breaks records.

The song that beautifully blends Marley’s reggae sound and H.E.R.’s soulfulness, has earned over 44 million streams globally and has taken the No.1 spot on Mediabase Urban AC (Adult Contemporary) Radio and No. 1 on the Billboard R&B Adult Chart.

This marks the first time in history that a Jamaican-born artist has accomplished this feat. He also became the first Jamaican artist inside the Top 15 on the BillboardR&B/hip-hop Airplay chart since 2006 saw Sean Paul and Keyshia Cole’s accomplish as much with “When You Gonna Give it Up to Me.”

Speaking to rolling out’s Nagashia Jackson back in April, Marley spoke about collaborating with the Grammy award-winning artist.

“Well I had the song already, but it just didn’t feel right, so someone suggested reaching out to another artist… Then he said, ‘What about H.E.R?’ So we reached out to her team and expressed how we would love to have her on the track. Next time she was in the studio, [she] laid the track and sent it back. It was perfect, the missing piece to the puzzle. ”

The historical moment comes as Skip recently released a “Slow Down” remix featuring H.E.R and Wale.

Prior to “Slow Down,” Marley released a string of singles including: “That’s Not True,” a collab featuring his uncle Damian “Jr. Gong” Marley, “Enemy,” and “Can’t Take it From Me,” featuring Major Lazer.

Click continue to watch the “Slow Down” music video.