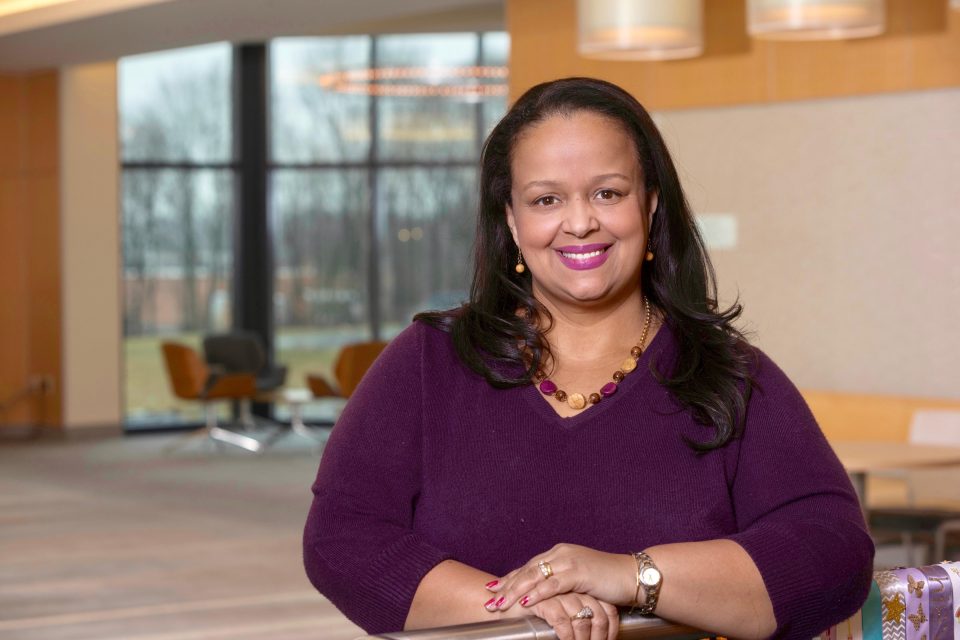 Crystal Senter-Brown is a writer and poet who lives out her passion — empowering women and children through her stories.

The Morristown, Tennessee, native has been writing and performing since she was 9 years old which prepared her for her future to pen seven books. She is also a first-generation college student and a two-time graduate of Bay Path University.

Her newest is called The Rhythm in Blue, which is being turned into a film for release later this year. We spoke with Brown about her writing process and manifesting her dreams.

What was the process like from writing and publishing your book to optioning it as a film?

I wrote the book and published it in 2012. The woman who ended up directing the movie read it and a few months later reached out to me and said, “I’m interested in optioning the movie.” Within a few months, we met, and within three months, we were shooting and casting in New York City. Then we filmed in South Carolina the following year. It was about a five-year process to get this from being a novel to a screenplay to a movie and then now to get it out into the public. So it was at some film festivals a couple of years ago, and now we’re doing the streaming formats.

Have you enjoyed being a professional writer?

My dream from when I was little was to have a signed book deal with like Random House or Penguin Books or one of those big publishers. I thought that I wouldn’t be happy unless I had that. I started self-publishing 12 years ago and that allowed me to have control of my own books, and material so I can publish when I want it, I don’t have to wait for anybody. It’s helped me to think about publishing in a different way. And I’m going to be able to help others who have thought they needed a book deal to publish to be able to get their books out as well.

Tell us about the seven books you’ve written.

I have three children’s books that teach about kindness and about homelessness. One is called Gaby Gives Back that’s about going to a homeless shelter. One is called AJ and the Magic Kite and is about a little boy learning about Black inventions. The third one is Gabby Saturday, which is about a little girl’s first trip to the science museum. All my characters are African American. In these books, you have both parents, and you’re showing a positive influence on this little girl. I have two novels: The Rhythm in Blue, and the sequel to that is called But Now I See, which is also available on Amazon. Then I have two poetry books: But You Have Such a Pretty Face,  and Double Dutch, my first book of poetry.