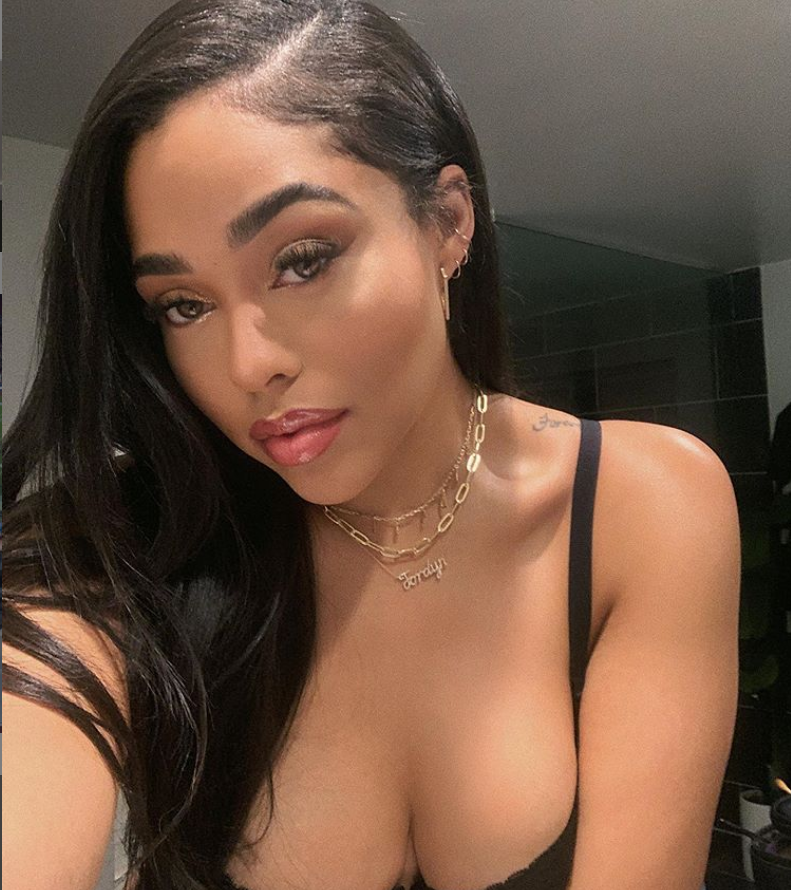 Folks are slamming socialite and Instagram superstar Jordyn Woods after she posted a not so flattering photo flossing her voluptuous attributes before her 11 million fans.

Woods, 22, rocketed to fame after she was caught kissing Khloe Kardashian’s now ex-boyfriend Tristan Thompson after spending the night at his party in early 2019. Unhindered by her friendship to former BFF Kylie Jenner, Woods has morphed from merely an obscure family friend to a bonafide international IG star with her own voice.

But the one thing that has dogged Woods incessantly, is the accusation she has cosmetically enhanced the shape of her derriere to drive up her brand, which Woods and her mother have repeatedly denied.

This below photo, where Woods is draped in peach flair pants and a white-tied crop top, has added to the talk from some fans that she is not entirely real.

Because of how her pants are fitted, giving her posterior an interesting-looking shape, some fans took off on the actress, model and reality star on IG:

“Not a very flattering dress on you 🙁 the majority of the time you dress very well :),” one person surmised.

“What the hell 😭,” inquired other fan.

A third person was particularly brusque when posing the question: “Are those airbags?”

“they’re still pretty & their butts don’t look pointy. she ain’t all real either,” a fourth person said while comparing her to the Kardashian clan which admits to plenty of reconstructive surgeries to enhance their looks.

Woods had plenty of supporters, of course, and they came to her defense.

“Stassie and Kylie could neva they full of plastic😭 Jordyn you all real.✨,” said one fan, while another added, “wow that would look great on you at our wedding.”