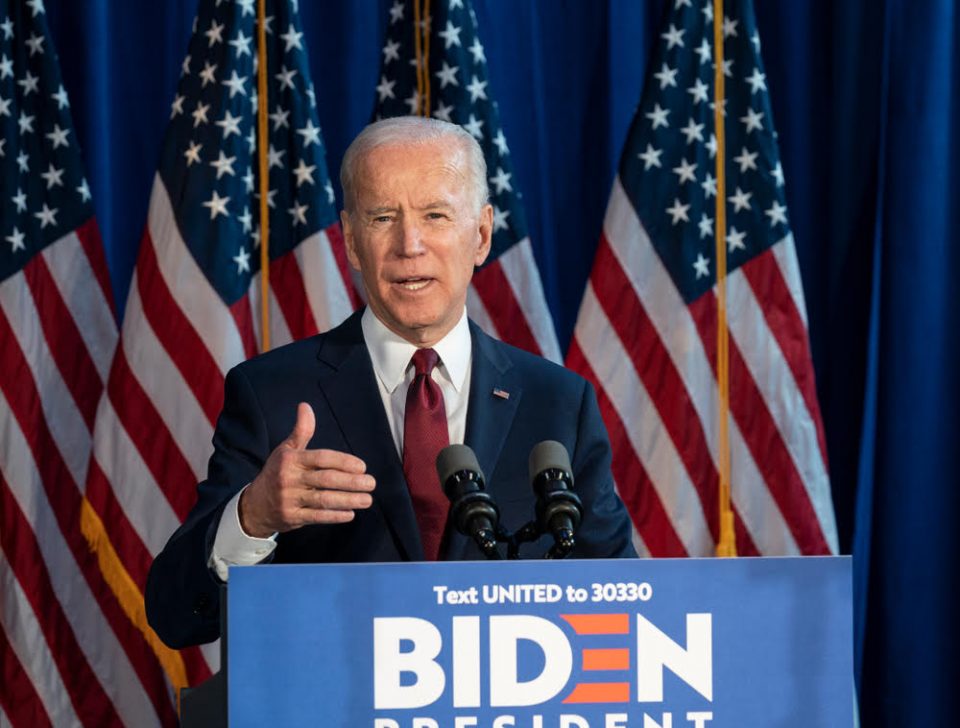 Presidential candidate Joe Biden had a peculiar conversation with Charlamagne tha God on “The Breakfast Club” on May 22.

During the interview, it started to take a strange turn around the 11-minute mark after Biden’s aide attempted to stop the interview so that Biden’s wife, Dr. Jill Biden, could use their home office for a scheduled live stream. Former Vice President Joe Biden agreed to stay on longer.

About five minutes later, the aide interrupted again. But this time, Charlamagne joked about cutting the interview by saying, “You can’t do that to Black media.”

Charlamagne then invited Biden to visit “The Breakfast Club’s” New York studio for a longer interview. “Listen, you’ve got to come see us when you come to New York, V.P. Biden,” Charlamagne said. “It’s a long way until November. We’ve got more questions.”

Biden responded by saying, “You’ve got more questions? Well I tell you what, if you have a problem figuring out whether you’re for me or Trump, then you ain’t Black.”

Charlamagne responded by saying “it has nothing to do with Trump, I want something for my community.”

Biden’s attempt at a joke was met with immediate backlash on social media.

“The comments made at the end if the Breakfast Club interview were in jest, but let’s be clear about what the VP was saying: he was making the distinction that he would put his record with the African American community up against Trump’s any day. Period,” Sanders tweeted.

.@JoeBiden: "If you have a problem figuring out whether you're for me or Trump, then you ain't black." @cthagod: "It don't have nothing to do with Trump, it has to do with the fact — I want something for my community." @breakfastclubam pic.twitter.com/endvWnOIV2