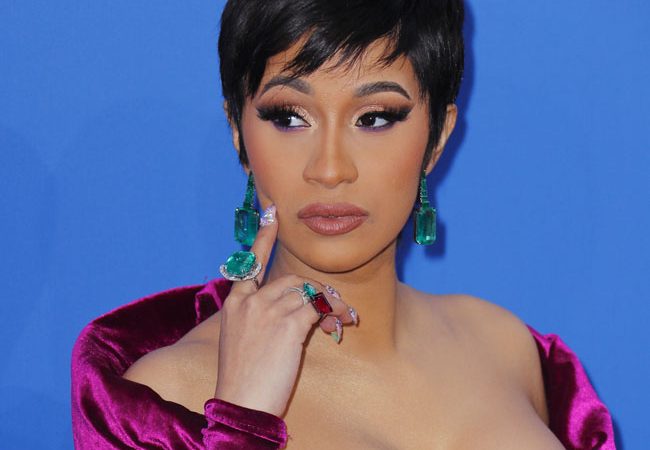 Cardi B is the very definition of “extra,” “outlandish” and “living on the edge.” She is a walking megaphone who trumpets everything she does at volume 10.

Like millions of others, the Invasion of Privacy princess is occupying her quarantine time immersing herself in unorthodox activities that nevertheless enthrall fans and haters alike.

Though the Bronx, New York-born Belcalis Marlenis Almanzar, 27, started her very expansive tattoo several months ago, the process was expedited due to Georgia’s mandatory quarantine measures that were only recently relaxed.

Cardi unveiled the intricately-designed body ink that begins at her shoulder blades, continues past her derriere, and finishes below her left thigh.

Okay guys!Soooo here it is!It took me several months but I’m finally finished.This is my back tattoo!It goes from the top of my back to the middle of my thigh.Thank you @jamie_schene

The multicolored floral arrangement tattoo included orange, yellow, red, blue, and purple flowers, replete with butterflies included in a spectacular design that snakes its way over her protruding posterior.

Cardi said the tattoo artist, Jamie Schene, took more than 60 hours to complete the job, but the beauty of the artwork is undeniable.

She later gave her 65 million followers a better overall look of her vast tattoo when she poured her voluptuous frame into an itty-bitty lime green bikini.

Givin you the blues ….. @fashionnova swimsuit ! GO COP IT BEFORE ITS GONE !