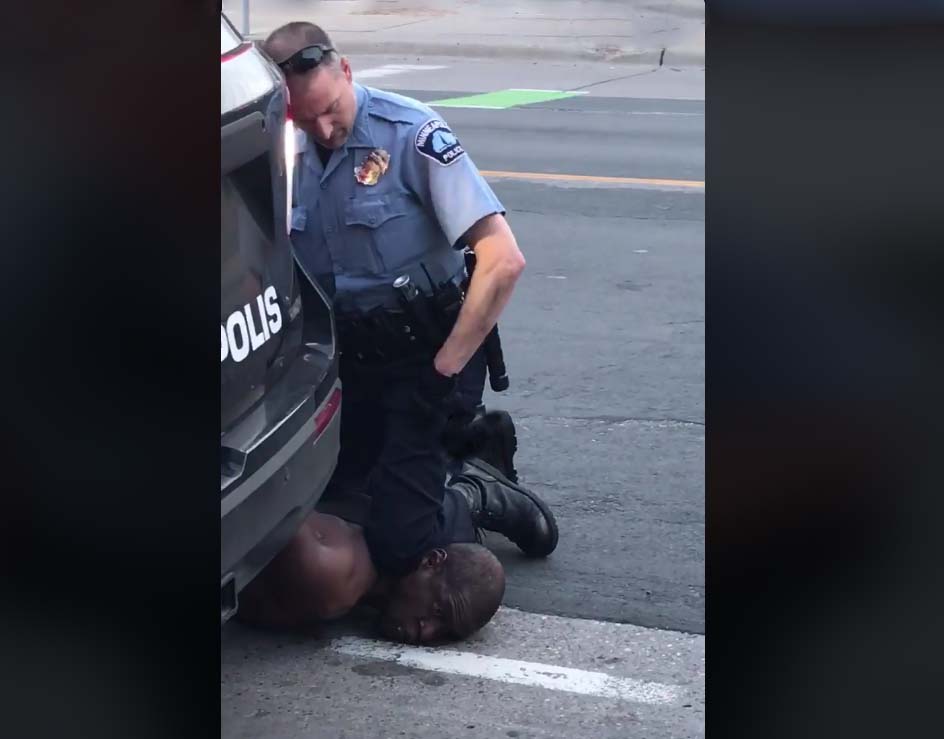 Urban America is outraged that a Black man, lying on the ground and handcuffed, died after a White police officer refused to take his knee off the victim’s neck.

While the man was could be heard on a cellphone video saying several times that he could not breathe, the officer refused to lift his knee off the man’s neck during an arrest on Monday, May 25, 2020, in Minneapolis. In fact, the officer kept his knee in place even after the man stopped moving, as the video, obtained by “CBS This Morning,” shows.

This is eerily similar to the notorious incident involving Eric Garner in 2014. Garner, who was accosted for selling loose cigarettes, was placed in an outlawed chokehold by New York Police Officer Daniel Pantaleo in the Staten Island borough of New York City. Garner died at the scene before ambulances arrived. Some older social media users lamented that the killing reminded them of the pivotal scene in Spike Lee’s classic film Do the Right Thing.

According to “CBS This Morning,” Minneapolis police were called to the scene at about 8 p.m. Monday after they received reports about a man committing a forgery.

“He was ordered to step from his car. After he got out, he physically resisted officers,” Minneapolis police spokesman John Elder said in a statement. “Officers were able to get the suspect into handcuffs and noted he appeared to be suffering medical distress.”

Later, the unidentified Black man was transported to a local hospital where he was officially pronounced dead. However, many of the screaming bystanders noted that the man looked dead at the scene, according to the video.

The violent episode is now being investigated by the U.S. Department of Justice, Minnesota state agents and the police department’s Internal Affairs unit.

All of the officers at the scene have subsequently been placed on paid administrative leave pending the outcome of the three investigations under way.

The FBI and the Minnesota Bureau of Criminal Apprehension have possession of video from the bodycams the officers are required to wear.

Meanwhile, extreme consternation permeates the atmosphere across the city.

“Whatever the man may have done should not have ended in a death sentence,” local activist Nekima Levy-Armstrong told the Minneapolis Star-Tribune, adding that the video made her “sick to her stomach. “What started as an alleged economic incident once again turned deadly for a Black man.”

According to The Racial Justice Network’s Facebook page, an “I Can’t Breathe: Protest Against Police Violence” will take place Tuesday, May 26, at 5 p.m. CT/6 p.m. ET.

Flip the page to view the graphic and heartwrenching video (Warning: the video is extremely difficult to watch). Then take a look at some of the responses to this scene after the video.