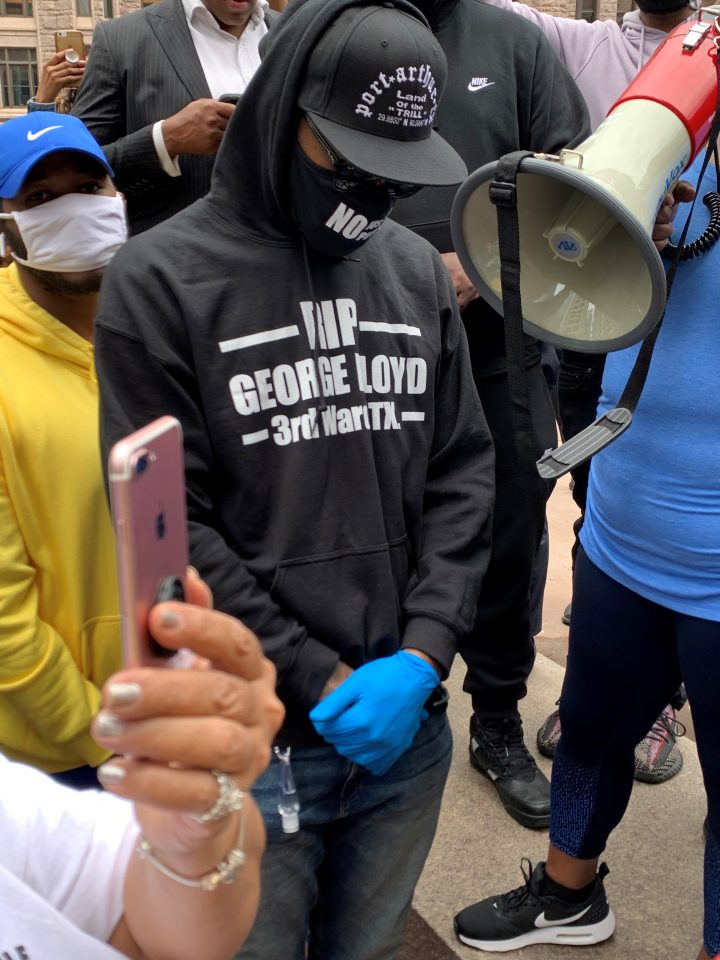 Former NBA star Stephen Jackson publicly memorialized his “twin” and close friend George Floyd with a cathartic speech at a rally on Saturday, May 30 in Minneapolis.

According to the video obtained by rolling out photographer Nagashia Jackson, the former NBA All-Star Jackson was perched above the crowd with his chin tilted toward the horizon, his pain and anger over his friend’s tragic death evident in his voice. 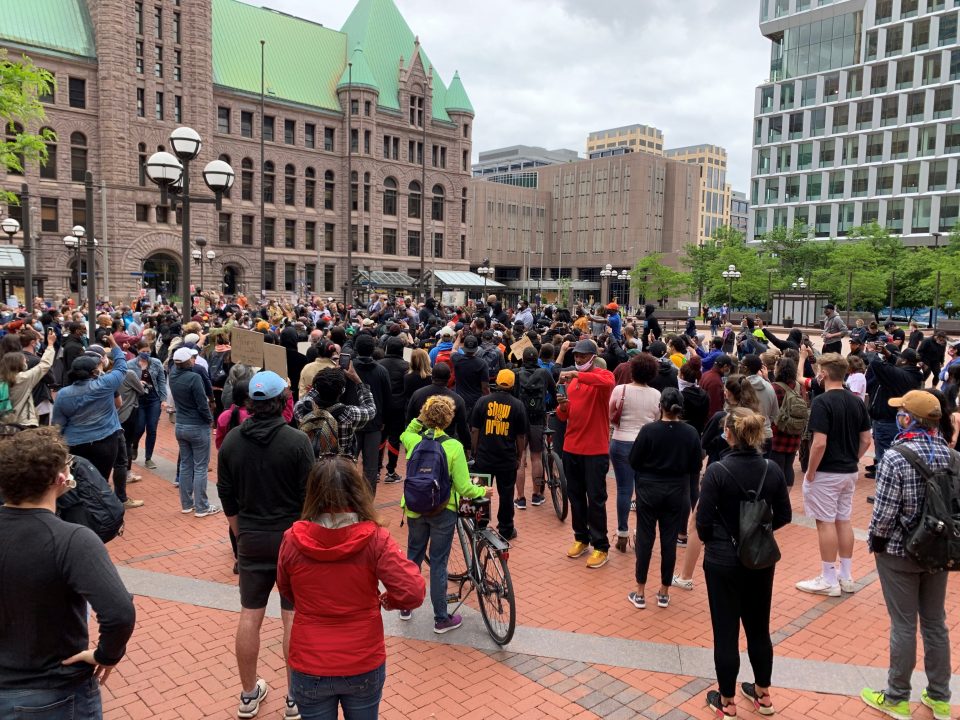 A crowd fills the commons during a rally in Minneapolis on Friday, May 29, 2020 (Photo by Nagashia Jackson for Steed Media)

Then Jackson, outfitted in a black hoodie and matching sunglasses and pointing his index finger upward, summarized his feelings about this monumental episode in history.

“The next time we hear the name of George Floyd, it’s gonna be the name of change,” he said.

Floyd died when a White Minneapolis police officer knelt on Floyd’s neck for eight minutes after he was arrested for alleged forgery on Memorial Day.

Public outrage billowed into the air in multiple major metropolises like the smoke rising from the blazes from the stores and other buildings.