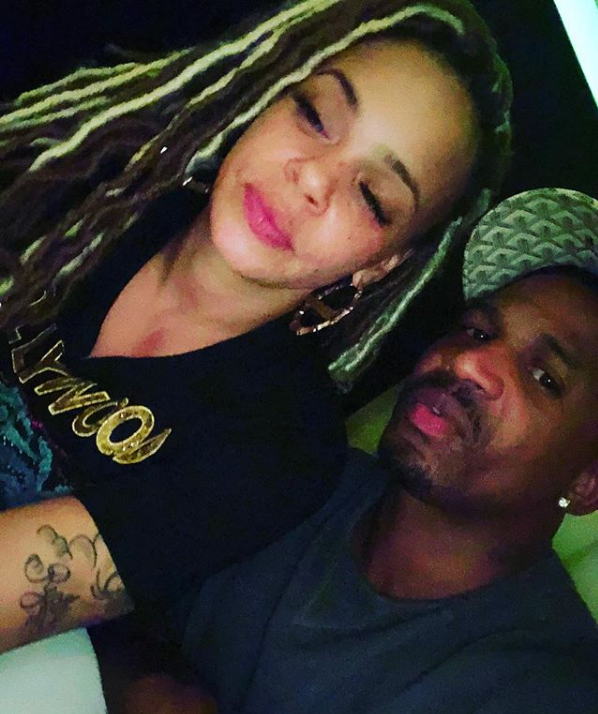 Singer Faith Evans was apprehended for allegedly laying hands on her husband Stevie J in their Los Angles-area home.

According to the police report obtained by TMZ, Evans 46, and Stevie J, 48, were involved in a verbal altercation that degenerated into violence at their home. At some point, one of the two called authorities.

Once the LAPD arrived on the scene, they saw scratches and marks on the face of Stevie J, whose real name is Steven Jordan.

Authorities did not state specifically what precipitated the drama between the two. But with the physical evidence that Stevie J, a star on “Love & Hip Hop Atlanta,” had been assaulted, Evans was hauled down to the station to be booked on felony assault charges. She was later released on bail, TMZ reports.

Besides the on-screen drama, Evans has managed to stay out of trouble with the law as of late. She was arrested and convicted 10 years ago for drunk driving in the Los Angeles area.

Evans was once married to rap legend Christopher “Notorious BIG” Wallace, aka Biggie Smalls, in the 1990s.

Her marriage to Stevie J has been reportedly rocky. About a year ago, rumors circulated that the couple, who got hitched in Las Vegas in July 2018, were experiencing tumult in their short union.

Stevie J had fired off a series of cryptic tweets that seemed to substantiate the rumors, writing “Drunk people always speak their truth,” and “One’s insecurities can damage them,” “All that glitters ain’t gold” and “Cherish what you love just know nothing will last forever.”