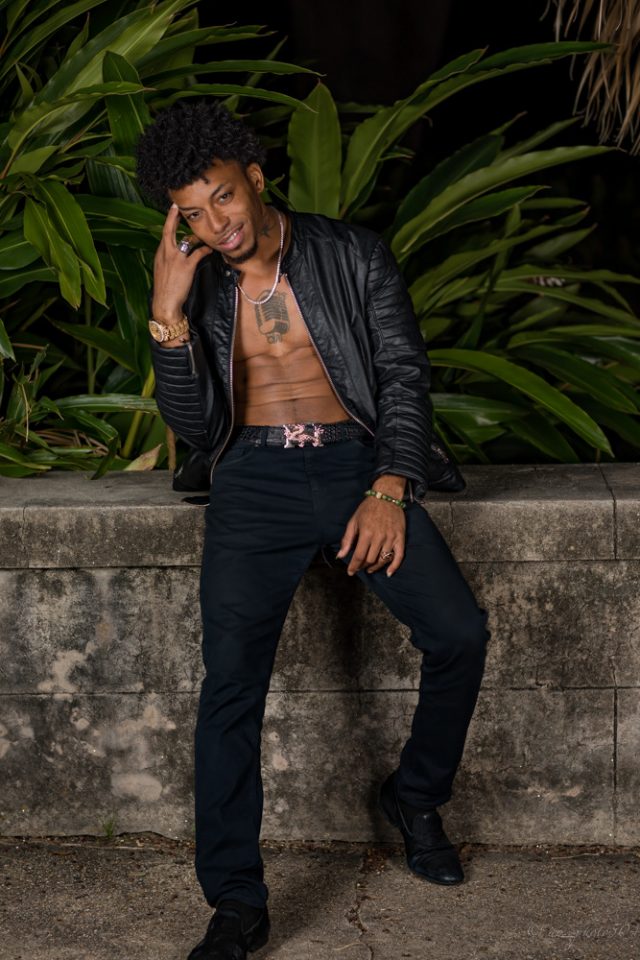 New Orleans is known for its outstanding music. It’s the birthplace of jazz, No Limit Records and Cash Money Records.  The city often sits at the epicenter of new ways to invent the art form of music. Mic Ventress is one of the emerging artists from the 5th Ward. The 27-year-old R&B entertainer has been working nonstop during the quarantine.

His latest single, aromantic ballad titled “Giving Me Life,” elicits nostalgic feelings of a time when music put love at the forefront. Rolling out sat down with the balladeer and burgeoning sex symbol to find out what we can expect from him in the future.

I’d like to say the universe, but from what I can remember, I’ve been singing since I was 3 years old. My grandmother brought me to church and insisted I join the youth choir. Growing up, I tried the group thing a few times. I was in a gospel group and an R&B group in high school. Both of those fizzled out, so I decided to try making music as a solo artist. A couple of people in my city invested in me, and I’ve been working at it ever since.

How much does music inspire you, and who are your biggest influences?

Music inspires me a great deal. It’s almost like oxygen for me. I’m inspired by many great old-school R&B legends such as Prince, Michael Jackson, Luther Vandross and everyone from Motown. As far as modern-day legends, I like Tyrese, Usher, Chris Brown and T-Pain. I love hip-hop [artists], too, for the lyrical aspect and how they relate to me on a personal level, so at any given time you can find me listening to Pac, Nas, Kendrick, J. Cole, and Jigga [Jay-Z].

Go to the next page to read more.