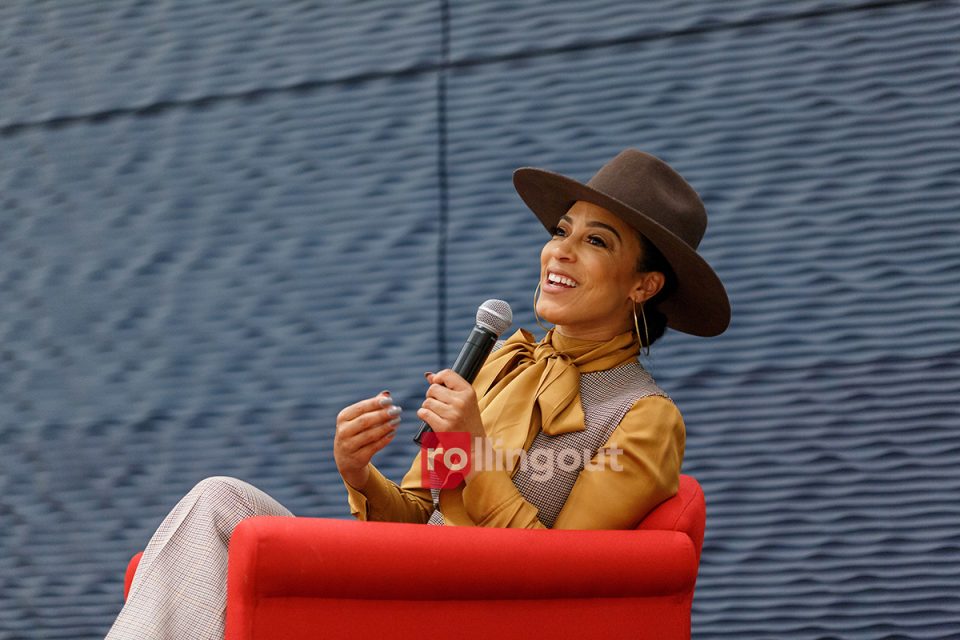 Preparing for a debate with Angela Rye means a multitude of things. It is knowing that if you are not on point, your moment could end “at the comma, dawg.” It is realizing that she is ardent about not accepting bigotry from the leaders of this free nation. Last but certainly not least, it is knowing that she will read you from head to toe if you do not respect her voice.

She’s gone viral for the aforementioned and more because she believes the American people deserve to hear her truth and, oftentimes, the truth of Black America. Quick to point out she is not the voice for Black America, hers is certainly one worth hearing.

Rye has all but destroyed fellow political analysts for attempting to disguise facts. For her trouble, she’s often cast as a fiery proponent of the people and for the people. While all that may be true to the naked eye or the uncovered ear, it was never something she set out to do.

“I’ve never strived to be the argumentative, combative voice that people have associated me with from one lane or one argument they saw go viral online,” she explains. “It is about me educating us and about holistic existence. We’re so multilayered.”

Ironically, while quarantining in her Los Angeles home, the Seattle-born CEO of a Washington, D.C.-based political advocacy firm has rediscovered how multilayered she is. Given ample time to shelter in place and be still, she admits to being patient, but in the same breath says she is more of an introvert than she’d imagined. She is truly passionate about cooking, so much so that she might “want to do something in that space.”

If that process began with a simple social media post of her making old-fashioned biscuits, it is sure to continue with creative efforts such as her master class, “On 1 With Angela Rye.” Literally born from the coronavirus pandemic, the master class features A-list celebrities and influencers who provide facts about their respective professions in real time. Chris Paul (“Pick and Roll”), D-Nice (“Social Distance DJ”) and Patti LaBelle (“Cooking with Patti LaBelle”) are among a growing list of stars who have already contributed to the cause.

“I knew that this would get mentally tough for people, and I wanted to do something that sparks joy, that taught people something new, that gave them something to laugh at — even if it was me,” Rye explains. “But I really wanted to strive to learn from people who I really respect, who I have access to, that maybe everyone else doesn’t.”