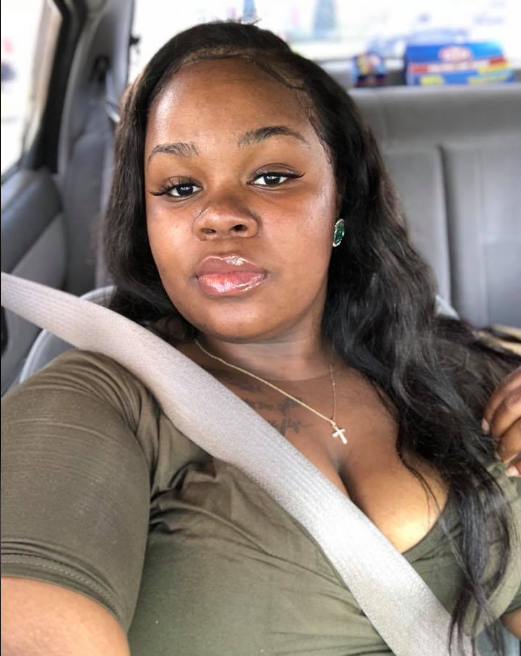 One of the officers involved in the fatal shooting of EMT worker Breonna Taylor inside her home in Louisville, Kentucky, has been accused of sexual assault with at least two women in addition to other alleged misconduct.

Taylor’s name continues to reverberate throughout society as one of the unarmed victims of alleged police killings recently that also includes Ahmaud Arbery of Brunswick, Georgia, and George Floyd, who died in Minneapolis.

One of the two alleged victims of Officer Brett Hankinson’s sexual advances and assault was Margo Borders, who took her case to Facebook. She said she was scared to report Hankinson after he allegedly drove her home one time and assaulted her while she was passed out drunk.

“It took me months to process what had happened and to realize it wasn’t my fault,” Borders wrote, according to People magazine. “I never reported him out of fear of retaliation. I had no proof of what happened and he had the upper hand because he was a police officer.”

Borders then asked the questions: “Who do you call when the person who assaulted you is a police officer? Who were they going to believe? I knew it wouldn’t be me.”

Borders added that she knows that Hankinson has been the subject of a blizzard of investigations and accusations, including violence and his supposed proclivity to plant drugs on Black suspects.

Also intoxicated, Terry said she was walking home from a bar one night when Hankinson offered her a ride. Delighted at first, Terry says she immediately regretted Hankinson’s offer once she got into the car.

“He began making sexual advances towards me; rubbing my thigh, kissing my forehead, and calling me ‘baby,'” she wrote, adding that she was “mortified.”

Terry wrote that as soon as they arrived at her apartment, she bolted from the officer’s squad car and told a friend who reported the incident the following day. Nothing ever came of it.

Hankison, along with Sgt. Jonathan Mattingly and Officer Myles Cosgrove, are currently on paid administrative as the Louisville authorities investigate the shooting death of Taylor after breaking into her home during a no-knock warrant at about 1 a.m. No criminal charges have been filed yet.