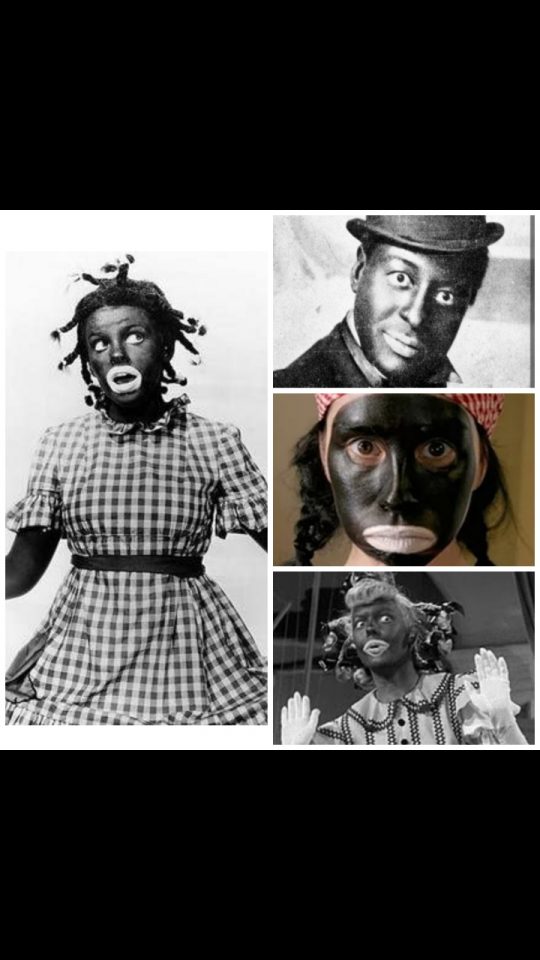 Now fast-forward 100 years to folks like Jimmy Kimmel, Jimmy Fallon, Sarah Silverman, Ted Danson and a host of political figures still feeling a need for blackface. I find myself scratching my head like Our Gang’s Buckwheat. I know in some cases it’s not intended with the same nefarious intent as with years past, but still, I wonder. Why the need, you know? What with its notorious history conjuring a time of disrespect and hurt feelings, why bother? Why the obsession? At least for the seemingly non-racist, why?

Is it as Jamie Foxx said in defense of Fallon, “He was doing an impression of Chris Rock. It wasn’t blackface. It’s comedy.” Ahh. So it’s supposed to just be funny. Like 100 years ago. Like when Black folks had to make fun of themselves. Like when we had to be funny and depressed at the same time. Like W.C. Fields said of Bert Williams. “He’s the funniest man I ever saw. And the saddest man I ever knew.” Despite being the highest-paid African American entertainer of his time. Apparently, self-deprecation pays well.

Figuring all that money should be able to buy some happiness, but apparently not, as Williams suffered chronic depression, insomnia and alcoholism and died at age 47. But it’s just comedy. And an impersonation. So, white people, feel free. Have at it. Nevermind the imagery hearkening back to a time when such makeup was strictly intended to demean and humiliate an entire race of people. Don’t worry, we have short memories. And we forgive. And forget.

So, Madonna, Charlize Theron, Angelina Jolie, Steven Spielberg, Sandra Bullock, Jillian Michaels, Tom Cruise and crew, you guys do (y)our thing. Get with (y)our adopted Black children. Blacken your face. Tell them a few jokes, and say you’re only doing a comedic impression of a modern Black family. Jamie Foxx speaks for the entire Black race and our forefathers when he says it’s just comedy. So as you will. Lol. Haha. Jokes on me, again.

P.S. All the figures in blackface actually appear in my article. Feel free to turn it into a fun family comedic game of name that blackface.