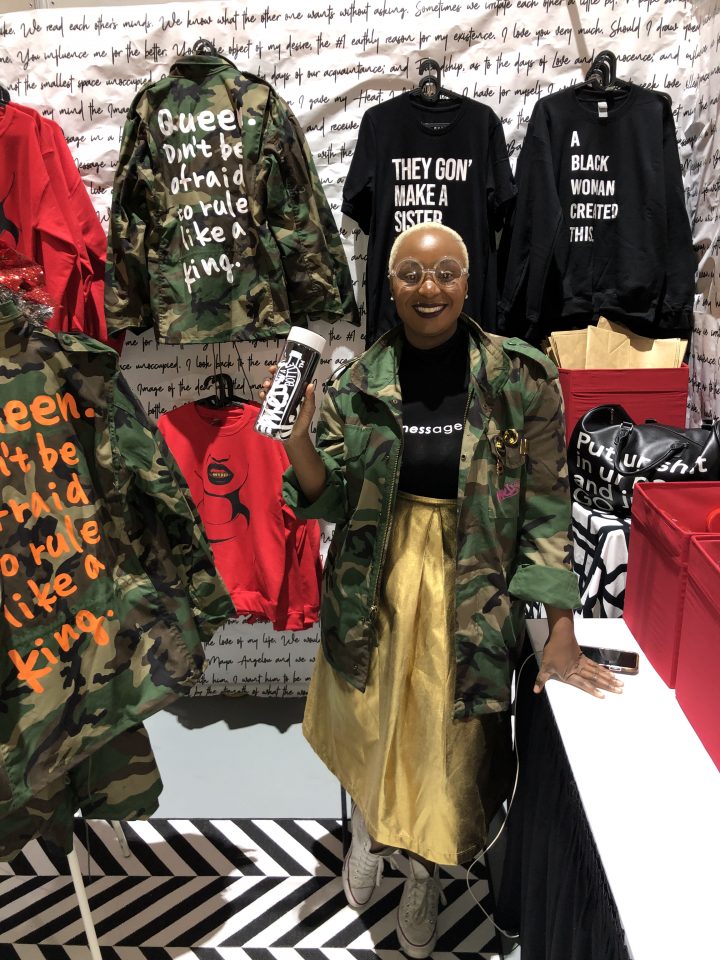 Kalilah Wright is a Jamaican-born, Brooklyn-raised architect and entrepreneur. Wright merged her love of fashion and architecture to launch her apparel brand Mess in a Bottle. Mess in a Bottle is all about making a statement through fashion as they believe messages start important conversations. Her T-shirts carry bold messages, come packaged in reusable bottles and feature statements like “A Black Woman Created This” and “100% Black Owned.” Rolling out spoke with Wright during a Design and Dialogue segment about her brand and how she’s helping others to launch a t-shirt brand.

What was the inspiration behind launching Mess in a Bottle?

Mess in a Bottle was birthed in 2015, shortly after the Freddie Gray riots in Baltimore. Freddie Gray [was] an African American man [who] was also detained and killed unfortunately in police custody, and the riots happened in my Baltimore neighborhood. I was working retail at a fashion sports apparel company, and I really wanted to create a way for people to have communication. Message in a Bottle really stems from the 310 B.C. concept of receiving a message in an ocean. This was my way of giving a voice to the voiceless.

Describe your shirt that tackles racism.

This shirt says “this. is. AMERICA.” in red, and it talks about racism [and] bigotry. This shirt was created in 2016, and it is so unfortunate that it is very relevant now four years later. It just really shows the climate that we live in and how these things have not changed.