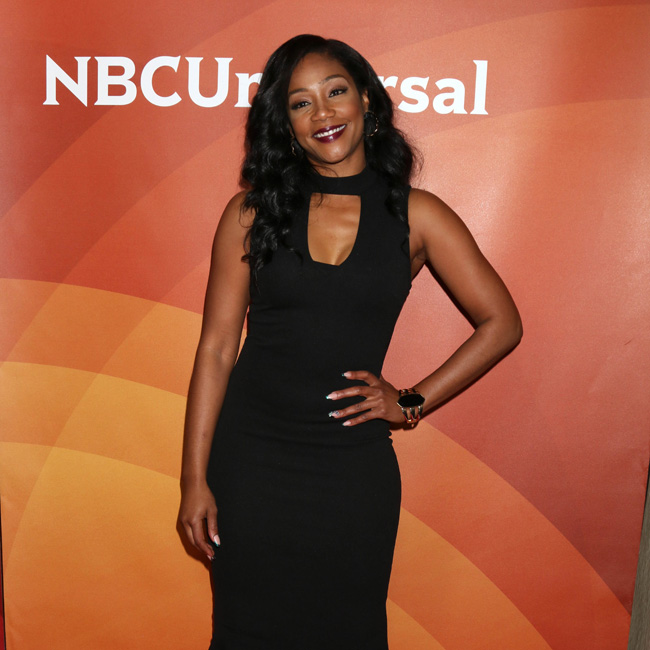 Tiffany Haddish turned down ‘Top Five‘ because she felt it was disrespectful and says she won’t take on roles that are “against my morals.”

She told The Hollywood Reporter: “You know, when I first hit the scene, I was offered a lot of roles where they want you to expose your breasts. I remember that movie that Chris Rock did [‘Top Five’] and it’s like he meets the two girls and they have a threesome and then Cedric [the Entertainer] gets in there and he’s supposed to ‘blah’ all over their faces — just let that baby batter go all up in their face. And it was like, ‘Tiffany, they’re offering you the role’. And I was like, ‘I don’t want that role. I’m a stand-up comedian and I don’t let people do that in my face in real life, so why would I do it in this movie?’ Like, you ought to have a little bit of respect for me, period. God made this face for a reason, and you’re not going to disrespect it.

“I feel like sometimes my representation tries to get me to go outside my lane, and if it is against my morals — and I do have some, I know I’m a little wild, but I do have standards — then somebody might get fired. It’s like, I’m a company, I’m a brand, and if you try to go against the policy of the company, you might not need to be working here anymore. So my people, we have weekly conversations about where I’m at mentally, what I want to do. And right now, almost everything I’m doing, I’m producing.”

And Tiffany also revealed she still gets frustrated by some of the roles she is offered.

She said: “You know what’s been coming my way a lot lately? The mama who’s been through something, whose kid ends up being hurt in some way and fighting for justice. And the baby’s sick or I’m trying to get out of jail. Like, no, I’m not doing that. I know people who live that, I’m not doing it. Unless it’s super, super good. The writing has to be impeccable. A lot of times it’s telling these stories that could be powerful, but the writing [turns out to be] garbage.”