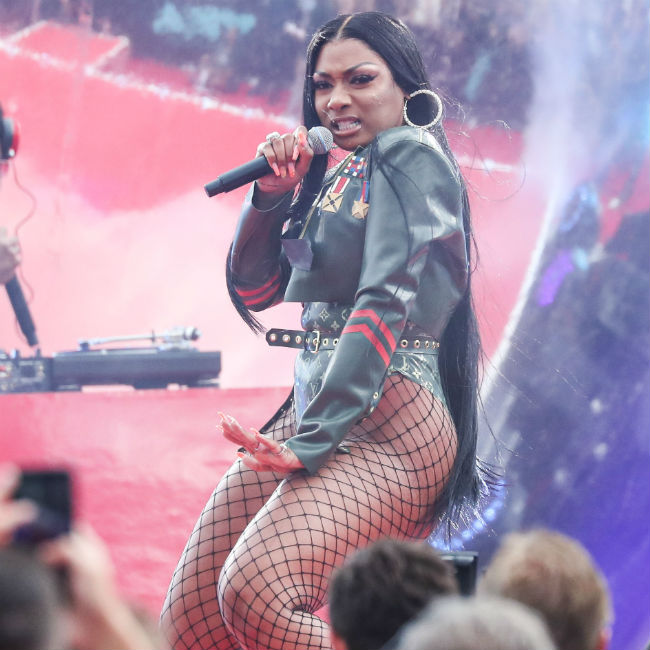 The 25-year-old rapper’s new tune puts a spin on the star’s 1987 hit track “Boyz-N-The-Hood” and is her fourth release of the year.

In a series of Instagram posts to celebrate the single’s release, she wrote: “GIRLS IN THE HOOD OUT NOW EVERYWHERE.

And she wrote on Twitter: “The merch for girls in the hood was created by beautiful black women creatives I can’t wait until y’all see it. They really showed out (sic)”

It comes after Megan teased the song earlier this week with an image of herself wearing a baby pink bikini set and a matching fluffy hood.

She captioned the post: “Hotties y’all ready for this new HOT S— pre save GIRLS IN THE HOOD right now !!! https://megantheestallion.ffm.to/gith (sic)”

Megan admitted it was surreal having her idol — whose husband Jay-Z owns Megan’s label Roc Nation — spit some verses on “Savage.”

She recently said: “I know, I thought the same. I was like, ‘God? Is this real?’ Like, we really did it!

“But shoutout to Beyoncé like, thank you so much! Roc Nation is my management, so somebody from my team called me like, ‘Hey, Beyoncé wants to do a ‘Savage’ remix’, and I’m like, ‘Shut up – y’all are lyin’!’