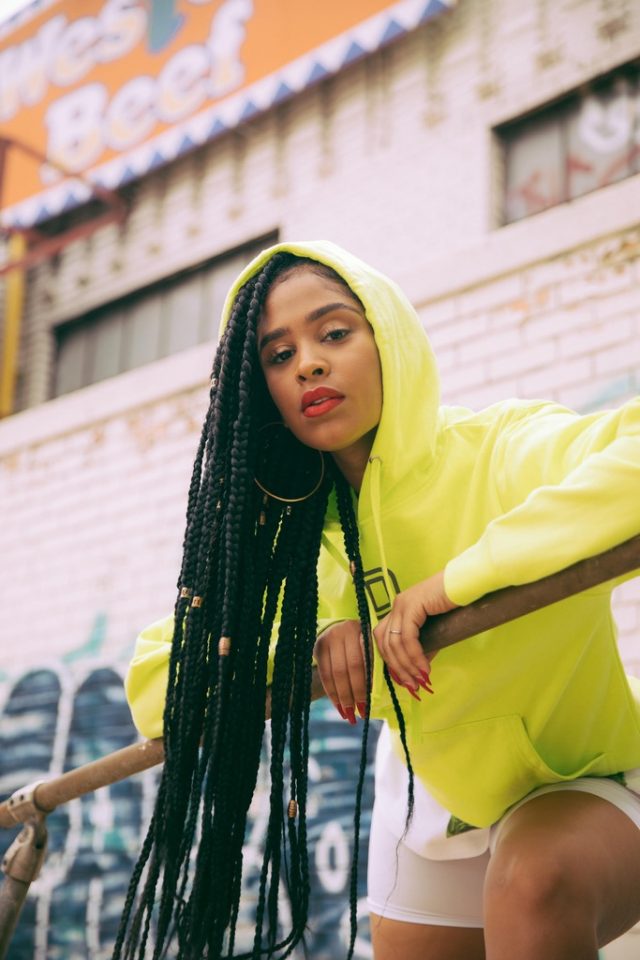 Angelica Vila is poised to be the next to blow in terms of music. The Bronx, New York native gained national attention by using YouTube and Instagram as a way to share her singing capabilities.

In 2016, Vila released a response remix to Justin Bieber’s hit “Sorry,” which set the stage for Vila’s own music to gain an audience and was followed shortly by her debut EP, 1998.

The five-song collection paired Vila’s powerful voice with hip-hop samples, offering a strong platform for her autobiographical songs of love and betrayal. In July, Vila is set to release Deception SZN (season) 1.

Vila recently spoke with rolling out to discuss signing with Jay-Z’s Roc Nation and her new music.

The Bronx has a history of pushing culture in hip-hop and R&B. How were you influenced by that environment?

Being from the Bronx made me be about my business. I grew up listening to rap artists such as Fat Joe, Big Pun, and Jay-Z. I also grew up listening to Alicia Keys, who is my favorite, and Beyoncé. I started off doing covers on YouTube and went to Instagram. I did Instagram covers such as Rihanna and DJ Khaled’s “Wild Thoughts” and Pretty Lou reposted the video and Fat Joe found me.

What was it like meeting Fat Joe and signing to Roc Nation?

It was nerve-wracking meeting Fat Joe. Joe popped up at the studio with his wife and put me to the test. He told me that his wife, Lorena Cartagena, told him to sign me. So I’m thankful for that. Being apart of Roc Nation is a blessing. It gave me the opportunity to record limitlessly. They were able to get a team of writers and producers.  Throughout my journey, I started to take more control and be more vocal about my craft.

You have some surprises for this summer, what can fans expect?

I have a song with Jacquees called “Why” and the video is out. It’s also going to go on my project. And I have a feature with Torey Lanez. We got the visuals done before the pandemic hit. I’m ready to drop right now, it’s all about execution.

How will you roll out your next project being that we’re still dealing with a pandemic?

The rollout now for the project is mainly digital. Hopefully, when things start opening back up, we can do shows. It’s a little difficult. I’m keeping my fingers crossed. I want to do digital performances for now. At some point, I would like to do in-person shows where people practice social distancing and wear a mask. It’s a little risky.

What’s the biggest misconception about signing a record deal?

The biggest misconception is that once you get signed is that you will automatically blow up. Once you get signed that’s the beginning. You have to prove to everyone that you are different from other artists. It’s stressful but worth it.