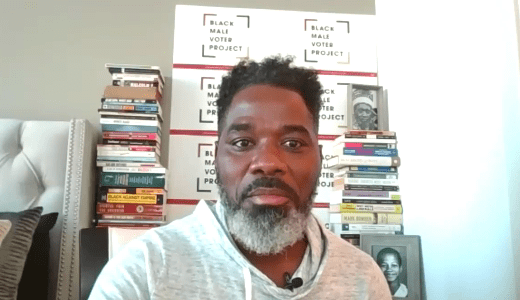 Mondale Robison (Photo by rolling out)

Mondale Robinson is the founder of the Black Male Voter Project, an organization that uses non-traditional approaches to reach Black men. Robinson is a graduate of Livingstone College, where he received his bachelor’s degree in political science along with a concentration in African and Latin American politics. He is passionate about the expansion of democracy and protecting the rights of voters. He has worked on more than 125 campaigns across all levels of government nationally and internationally. Additionally, he serves as the political director for Democracy for America. We spoke with Robison about the current state of Black America and the importance of voting.

What kind of action items can we take right now?

The first thing is to dispel this myth that the presidential election is the most important election and is the reason brothers should go out to vote. The second one is to talk about the importance of local elections, as these issues hit us immediately and more often, especially for Black men. We’re talking about district attorney elections, police chiefs mayoral elections and sheriffs, the people who run the county jails. I’m talking about these elections because we know these issues are the issues that are most important to Black men and are directly linked to all three of those jobs.

Discuss the issue of blackface.

2020 blackface, unfortunately, happens more with Black people. There is blackface with the paint, and there is also Black skin under that blackface now. That blackface is happening in the sense that we have candidates that are taking a check. We have people that play politics, that’ll sit in a room, with a proverbial sitting at the table, but will not push back when they see and hear things they know are bad for us because they need to keep that six-figure income. That’s 2020 blackface.

Who are some of the people that you feel have been exhibiting this in the community?

Brother Cliburn is acting as if he’s in blackface constantly. When we’re screaming, “Defund the police!” and then you go on TV and say, “We don’t need to defund the police. We need to give them more money,” that is blackface. Diddy talking about holding the vote hostage when he’s done nothing for the vote, in a real way, is blackface. I’m just being honest. And if it gets back to any of them, tell them to call me. I would love to have a conversation on why you can’t say you’re going to hold the vote hostage when you have not invested in a real way. T.I. and Killer Mike going on a TV and radio telling protesters not to burn, be upset or tear down their community because this community is the community that made us millionaires. You’re so detached from what’s going on in Black people’s lives that you’re talking about this community made “us” millionaires. We ain’t millionaires. We’re struggling.