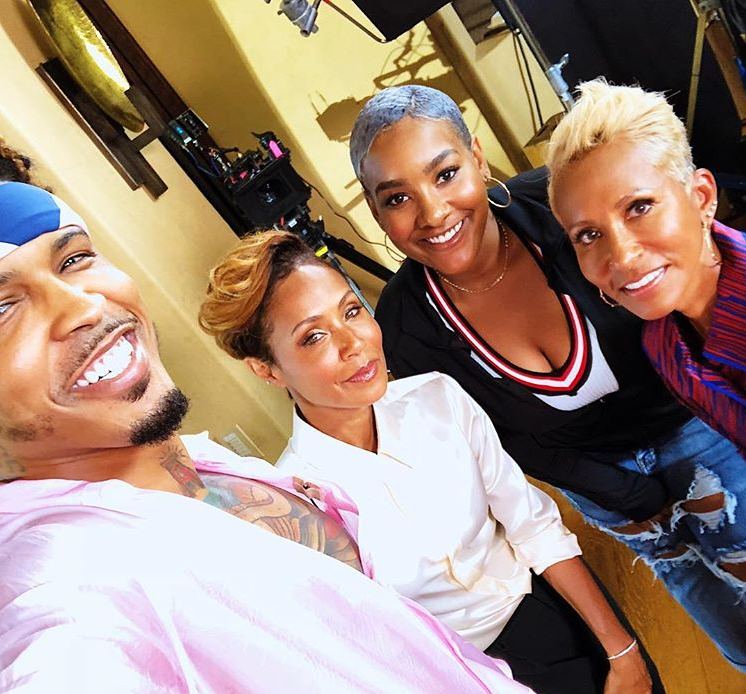 August Alsina maintains he had a long love affair with actress Jada Pinkett Smith and that her husband Will Smith even gave his blessing.

Alsina, 27, told “The Breakfast Club” co-host Angela Yee not only that Pinkett Smith, 48, was the best romance of his life but that he also sat down and discussed the matter with her superstar actor husband and got his blessing to continue the relationship. Pinkett Smith’s rep vehemently and categorically denied that such a relationship ever existed, according to Page Six.

Alsina’s highly controversial 2019 track “Nunya” fueled speculation about an affair when he sang: “You got me feeling like it was an act, you’re just an actress/Putting on a show ’cause you don’t want the world to know.” The track’s video features a shot of a text message exchange with a love interest named “Koren,” which happens to be Pinkett Smith’s middle name.

Alsina and Pinkett Smith became acquainted in 2015 when her son Jaden introduced them at an event. The couple began to become so close that Alsina even vacationed with the family and attended the BET Awards together in 2016.

Alsina’s explosive interview is part of his new YouTube documentary, “StateofEMERGEncy: The Rise of August Alsina,” which corresponds with his new album, The Product III:stateofEMERGEncy.

The “Testify” singer explained why he felt compelled to come out and clear up misinformation about his and Pinkett Smith’s alleged years-long romance.

“I don’t think it’s ever important for people to know what I do, who I sleep with, who I date, right?” Alsina told Yee. “But in this instance, it’s very different because as I said there’s so many people that are side-eying me, looking at me questionable about it. I’ve lost money, friendships, relationships behind it, and I think it’s because people don’t necessarily know the truth.”

Alsina said he eventually fell deeply in love with the “Red Table Talk” host after she and her husband, 51, began their “transformation from their marriage to life partnership.”

“I actually sat down with Will and had a conversation … He gave me his blessing,” he said. “And I totally gave myself to that relationship for years of my life, and I truly and really, really, deeply loved and have a ton of love for her. I devoted myself to it. I gave my full self to it. So much so that I can die right now and be OK knowing that I fully gave myself to somebody … Some people never get that in this lifetime.”

Flip the page to check out the interview in full. Alsina’s discussion about Pinkett Smith begins at about the 16-minute mark.