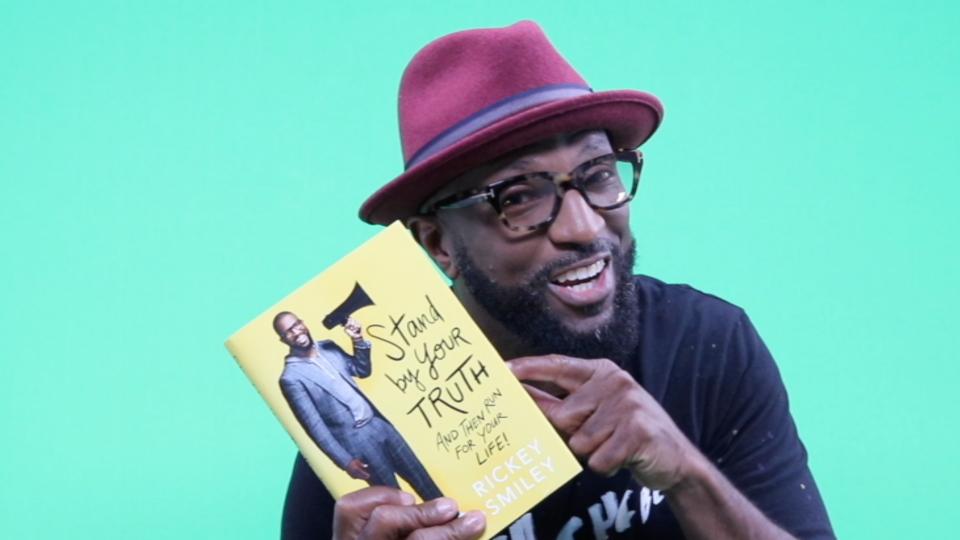 The youngest daughter of radio show host Rickey Smiley was shot on Sunday, July 5, 2020, while en route to a burger joint in Houston, the comedian revealed to his nationally syndicated audience.

The star of the “Rickey Smiley Morning Show” was addressing the violent Fourth of July weekend that saw more than 100 Black people shot in several major metropolises. As Smiley, 51, talked about the tragic killing of toddlers and young children in major cities, such as Atlanta, Chicago and Washington, D.C., in the past few days, he first revealed that his youngest daughter, Aaryn, was also a victim of gun violence.

“I wasn’t going to even say anything, but I’ve been sitting up here all morning with butterflies in my stomach trying to do a show,” Smiley began on Monday, July 6. “My youngest daughter was shot last night.”

Famed co-host Gary With Da Tea was the first to gather himself and then asked how Smiley’s daughter was doing.

Thank you to everyone who's keeping my daughter @AarynSmiley lifted in prayer, and to everyone who has sent well wishes her way. 🙏🏾🙏🏾🙏🏾🙏🏾🙏🏾 https://t.co/Bo8ezNg6kg pic.twitter.com/a7HqPtkKMf

“I’m just so angry right now,” Smiley continued as his co-hosts could be heard trying to comfort him. “That’s why I can’t focus right now. I’m just trying to do the show and book a flight to Houston.”

Smiley was trying to maintain his composure as he explained that Aaryn was shot three times while going to a Whataburger to get something to eat. She will soon have surgery. “She’s crying. She’s scared. I can’t get to her,” he said. “I just hate it.”

Because of the coronavirus pandemic, flights to Houston are extremely limited. Therefore, Smiley will opt to fly to Dallas and make the three-hour drive to Houston.

Flip the page to listen as Smiley makes the shocking revelation about his daughter on-air.