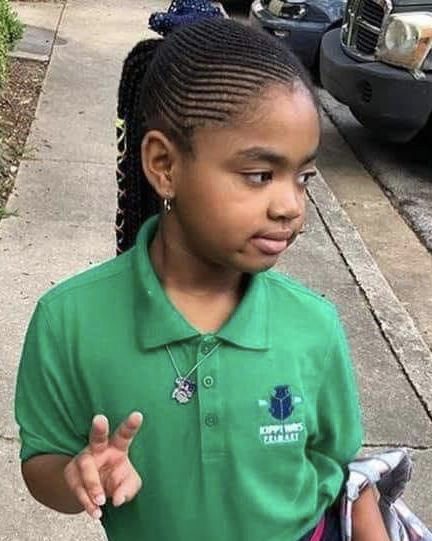 Someone knows who killed Secoriea Turner. That was the message during a recent press conference that featured Turner’s family and their attorneys from the Davis Bozeman law firm.

On July 13, Turner’s parents, Charmaine Turner and Secoriey Williams, attended the press conference that was streamed to media outlets via Zoom.

“Secoriea wasn’t a hard child to raise,” Secoriea’s father, Williams said. “People know who killed my baby, but won’t come forward. What if it was your niece or daughter? Someone saw something. My daughter wasn’t in the streets, so don’t use the word ‘snitch.’ You will be labeled as a hero. How can you live knowing that you took a child’s life? Secoria’s life mattered.”

Williams and Charmaine Turner said a woman in a black shirt filmed the incident with her cell phone and should come forward with the evidence.

With the hopes of receiving more information on the case, the reward for information that could lead to the suspects who killed Secoriea has been raised to $50,000.

Secoriea Turner was riding in a car with her mother and friend near a makeshift memorial for Rayshard Brooks’ on Saturday, July 4, 2020, when the incident occurred, according to WSB-TV.

Protests erupted after Brooks was shot on June 12 by former Atlanta Police Department Officer Garrett Rolfe in the parking lot of a Wendy’s restaurant on University Avenue. The Wendy’s was set ablaze the day after Brooks’ death, and a memorial was created on the site.

Peaceful demonstrations were held there in the days that followed. However, a group of armed protesters or individuals seeking to disrupt began enforcing rules concerning who could enter certain areas near Wendy’s and erected a barricade.

On July 4, an armed individual allegedly forced the car that Turner was riding in to turn around. As the driver of the vehicle was attempting to make a U-turn, someone opened fire on the car. Turner died at the hospital.