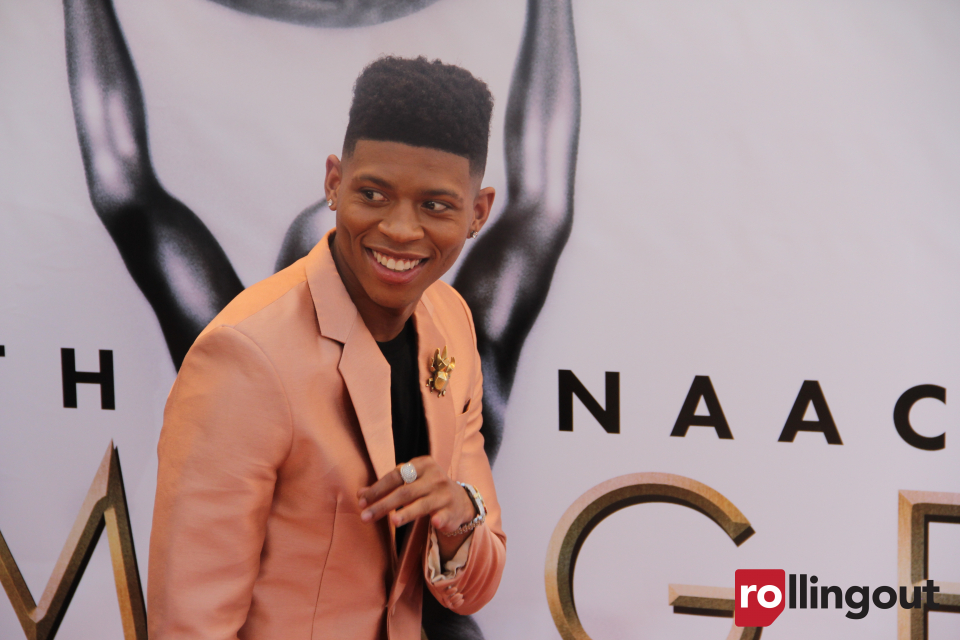 Bryshere Gray, one of the breakout stars of the blockbuster weekly drama “Empire,” has been arrested on domestic violence charges after a nine-hour standoff with a SWAT team in suburban Phoenix.

Gray, 26, who played the youngest son Hakeem Lyon on the hit Fox show for six seasons, was finally taken into custody without incident on Monday morning at 7 a.m. after a woman identified as his wife called 911 on Sunday evening, according to Deadline.

The wife claimed she had been assaulted by Gray for several hours before somehow escaping. According to the release by the police department in Goodyear, Arizona, a suburb of Phoenix, the wife flagged someone down and called police at a gas station. The wife had “numerous visible injuries” on her and accused Gray of choking her to the point where she temporarily lost consciousness.

She was taken to the local hospital and treated for non-life-threatening issues and released, Deadline reported.

Police were called to the home at about 10:30 p.m. Sunday evening, but Gray refused to come out. A SWAT team and crisis negotiator were then dispatched and a nine-hour standoff ensued. Finally, Gray was coaxed out of the home at around 7 a.m. and taken into custody.

Gray was booked into the Maricopa County Jail on a felony charge of aggravated assault and misdemeanor charges of assault and disorderly conduct.

“Goodyear Detectives and Victim’s Advocate continued to assist her after her discharge from the hospital,” the department stated on its Facebook page.

Gray is a rising star after his successful stint on “Empire” and has starred in Sprinter, Canal Street and Honey: Rise Up and Dance. He also raps under the monicker “Yazz the Greatest.” But he was arrested in Chicago in June 2019 for driving his Rolls Royce without a license and insurance, and this case further blemishes his brand and marketability in Hollywood.