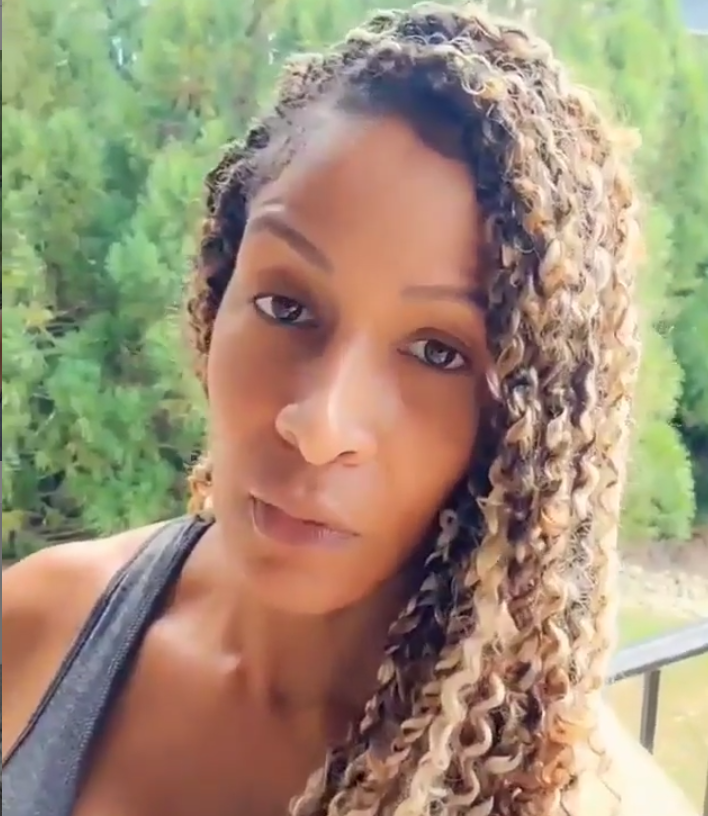 The normally confidence-exuding Sheree Whitfield had a look of vulnerability etched into her caramel-coated visage as she told her nearly 1 million Instagram followers that she has contracted COVID-19.

Standing on the deck of her home with her blond-tinted tresses cascading down the left side of her shoulders, the baby-faced Whitfield, who is the personification of fitness, informed her followers of her coronavirus status with an even, soft-spoken cadence.

“I tested positive for COVID-19, so I’ve kind of just really been at home self-quarantining for the past week and a half,” the 50-year-old mother of three said in explaining why she has been ghost for the past couple of weeks.

While thankful for the friends who have reached out to find out why she has been MIA lately, the ex-wife of former NFL star Bob Whitfield was able to testify to how debilitating COVID-19 is and that folks should comport themselves accordingly.

“I just want you guys to know that it is no joke,” she admonishes. “I’m feeling much better today. Thank you to everybody who knew they had not heard from me and reached out. I’ve just have been out of it,” the She by Sheree fashion designer said.

The exercise guru said she plans to follow up her IG post with more videos explaining her symptoms and experiences with her followers in the near future.

The super-communicable virus is spreading with wildfire intensity in some of the nation’s most populous states that opened back up early, including Florida, Texas, Arizona and Georgia, where the “Real Housewives of Atlanta” alum resides. California is also being besieged, particularly in Los Angeles and San Diego counties, bringing the abysmal U.S. totals to over three million cases and 136,000 deaths, with 60,000 new cases daily.

Flip the page to listen to Whitfied’s IG video along with the words of encouragement from her colleagues in the industry.