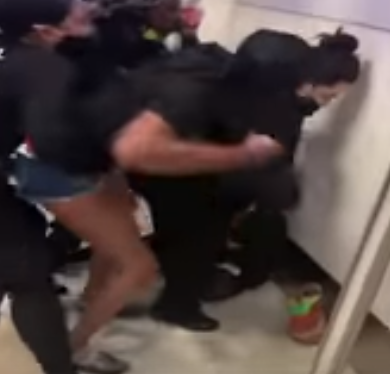 Three Black women were arrested and charged with battery after they allegedly punched and kicked airline employees and threw things at them at the Fort Lauderdale-Hollywood International Airport in South Florida.

A brawl broke out in Fort Lauderdale, about an hour north of Miami, between the three women and Spirit Airlines employees, emanating from a delayed flight to Philadelphia, WPLG Local 10 station reported. Three of the Spirit Airlines workers reportedly were injured in the melee.

The arrest report which WPLG obtained added that “the victims were also punched and kicked in different sections of their bodies numerous times.”

Each woman was charged with battery, and Wright received an additional charge of petty theft. The three women were booked and later released from the county lockup.

The probe into what precipitated the violence is not yet complete, and the sheriff’s department stated the women could be slapped with more charges.

Watch the complete report from WPLG Local 10 below: