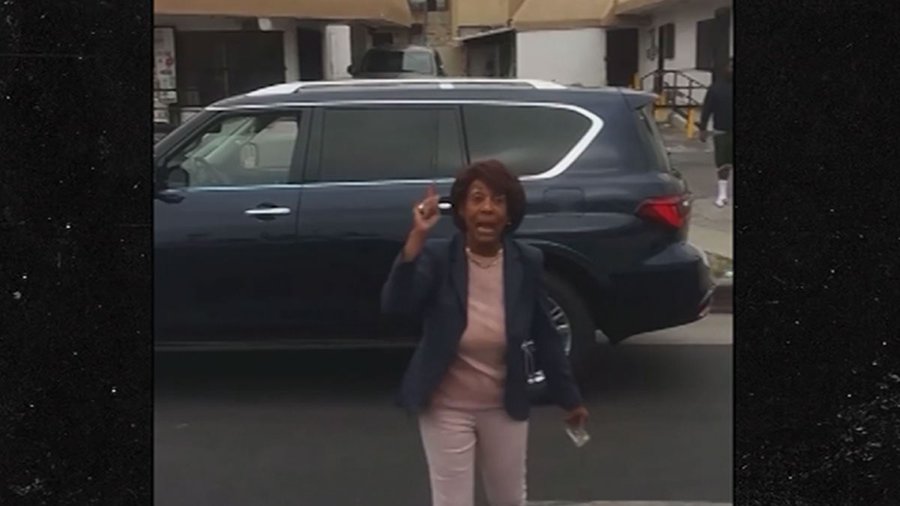 Iconic Congresswoman Maxine Waters doesn’t want another George Floyd episode popping off during her watch. So as Waters was driving by a police stop where the officers were White and the motorist was Black, the legislative lioness darted out of her SUV to closely monitor the situation personally.

Passersby just happened to drive by and recorded Waters, 81, who is affectionately called “Auntie Maxine,” as she was checking on the welfare of the unidentified Black male driver.

“They stopped a brother, so I stopped to see what they were doing.” she yelled, then pointed at the officers. “They said I’m in the wrong place and that they’re going to give me a ticket. That’s OK as long as I watch them.”

In light of what happened to George Floyd on Memorial Day and the quake-like shockwaves that reverberated worldwide, Waters is letting officers know they are being monitored like never before.

The Minneapolis officers Derek Chauvin, Tou Thao, Thomas Lane, and J. Alexander Keung have all been fired and been charged with major felonies. Waters expressed her sentiments to TMZ back during that time, telling them, “I believe sometimes some of these officers leave home thinking, ‘I’m going to get me one today.’ And I think this is his one,” she said bluntly and unapologetically.

“He didn’t care whether or not anybody was photographing him. He did what he was doing and the officers who stood there and watched him are just as guilty as he is.”

Meanwhile, Waters’ vast fanbase and admirers sounded off in support of the esteemed congresswoman, including CNN contributor Angela Rye.

You just gotta love @RepMaxineWaters.
Putting herself between trouble and the truth, every time. ❤️ https://t.co/NEaMAfRlqv

I’ve met Maxine Waters, and she’s just as (if not more) amazing than she seems.https://t.co/QCUoUxBBfR