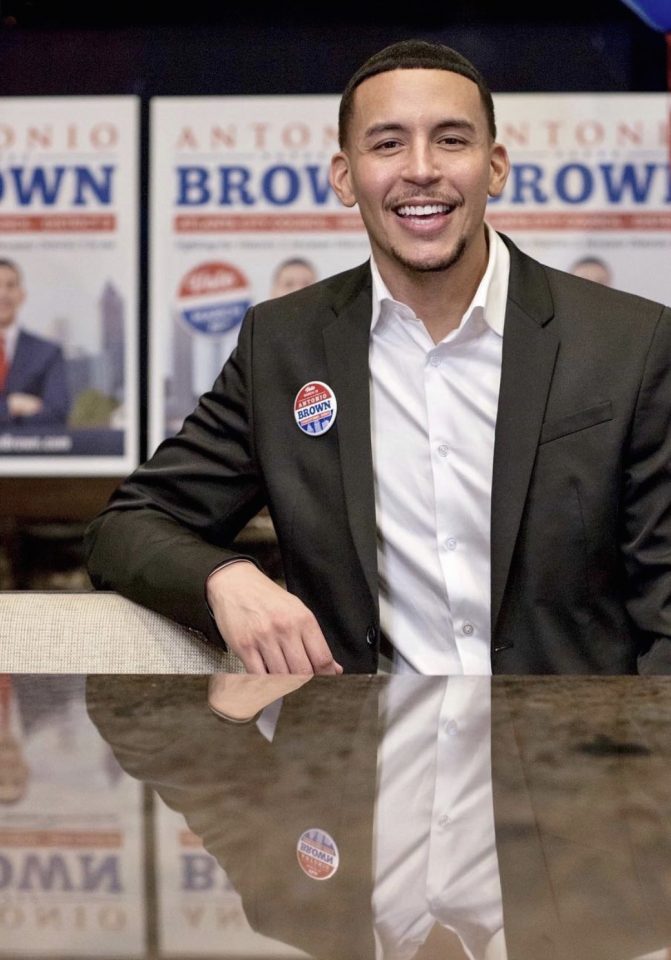 Atlanta City Councilman Antonio Brown has been indicted on multiple fraud charges in connection with Brown’s attempts to defraud several financial institutions by taking out loans and making credit card purchases – and then falsely claiming that he was the victim of identity theft and was not responsible for the charges or repaying the loans.

“For years, Antonio Brown allegedly sought to defraud a number of banks and credit card companies by falsely claiming that he was the victim of identity theft,” said U.S. Attorney Byung J. “BJay” Pak. “Brown’s scheme was eventually brought to light, resulting in his indictment by the grand jury.”

“This investigation is another example of the power of partnerships in combating financial fraud and identity theft,” said Tommy D. Coke, Postal Inspector in Charge of the Atlanta Division. “Postal Inspectors are dedicated to pursuing individuals who seek to defraud for their own financial gain.”

“We are committed to working with our Federal law enforcement partners to aggressively pursue those who falsely claim their identity was stolen in an attempt to defraud financial institutions,” said Gail S. Ennis, Inspector General of Social Security.  “I thank the U.S. Postal Inspection Service and IRS Criminal Investigation for their efforts in this case, and the United States Attorney’s Office for bringing these charges.”

According to U.S. Attorney Pak, the charges, and other information presented in court: Beginning in 2012, Antonio Brown opened a number of credit cards, which he then used to make thousands of dollars’ worth of purchases for his own personal benefit.  Brown also obtained over $60,000 in automobile loans to finance the purchases of a Mercedes C300 and a Range Rover.  Despite opening and using these credit cards and despite taking the money for the two automobile loans, Brown allegedly falsely claimed that his identity had been stolen and that someone else had made the credit card purchases or had taken out these loans.

The indictment further alleges that Brown provided false information to Signature Bank when applying for a $75,000 loan in August 2017.  During the loan application process, Brown provided a personal financial statement falsely claiming that he earned $325,000 per year and had $200,000 in available cash or assets.  Brown allegedly knew this information was false because he had recently submitted other loan applications reporting far less income and available cash or assets.  For instance, in a July 2017 loan application to another bank, Brown submitted a 2016 federal income tax return reporting that he earned $125,000 per year (which was $200,000 less than what he represented that his income was to Signature Bank). Further, in an August 2017 loan application to yet another bank, Brown claimed he had an annual salary of $175,000 (which was $150,000 less than what he told Signature Bank), and only had $25,000 in available cash and assets (which was $175,000 less than what he told Signature Bank).

U.S. Attorney Pak noted that the charges in the indictment all relate to conduct that occurred before Brown was elected to the Atlanta City Council.

Members of the public are reminded that the indictment only contains charges.  The defendant is presumed innocent of the charges and it will be the government’s burden to prove the defendant’s guilt beyond a reasonable doubt at trial.