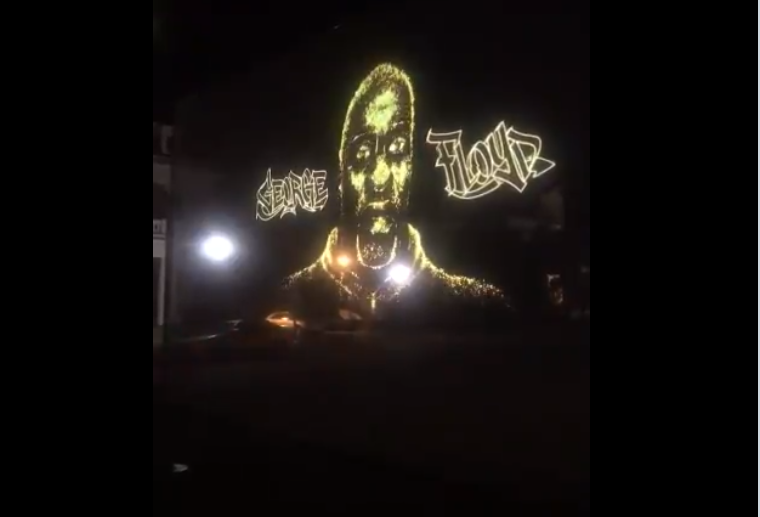 A hologram of George Floyd hovered above the statue of Confederate general Robert E. Lee in Virginia.

The statue of Lee is located on Monument Avenue in Richmond, which was the capital of the Confederacy during the Civil War back in 1863. However, the statue of Lee was not erected until 1890 when, according to CNN, Blacks were being violently excluded from the voting process during the rise of Jim Crow laws that enforced racial segregation in the South.

For the record, Lee reportedly had more than 200 slaves, and he led the troops in the fight to maintain the institution of slavery in America.

“We’re here to share this special moment for my brother. Right now, right here, this is a beautiful scene,” he said, according to CNN.

“Since the death of my brother George, his face has been seen all over the world,” Rodney Floyd said earlier in a statement. “Now by partnering with Change.org, the hologram will allow my brother’s face to be seen as a symbol for change in places where change is needed most.”

According to multiple outlets, a hologram will also hover over other monuments and statues devoted to symbols of the Confederacy around the country.

Take a look at the unveiling of the George Floyd hologram below.

Amazing hologram of George Floyd in Richmond. You can hear the Floyd Family speaking in the background. #richmond #GeorgeFloyd pic.twitter.com/0uFK7ePsAc