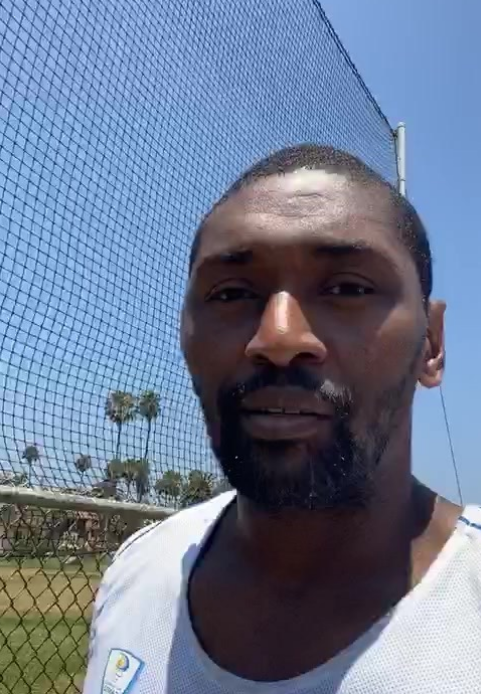 Former NBA star Ron Artest joins legend Charles Barkley in supporting the Orlando Magic player who was the only person who did not kneel during the national anthem.

Jonathan Isaac, a Black player for the Orlando Magic, took some heat on social media for breaking ranks and standing before the July 31 game while the rest of his teammates and staff knelt during the playing of “The Star-Spangled Banner.”

Barkley, an award-winning analyst for TNT, was the first to come to Isaac’s defense for expressing his own beliefs and ideology.

And Artest, 40, who changed his name in 2011 to Metta World Peace and then changed it again in May 2020 to Metta Sandiford-Artest, spoke to TMZ at the Los Angeles International Airport. He boldly said he would not kneel during the anthem either.

Metta hastened to add that while he doesn’t mind Isaac standing, he resolutely supports the Black Lives Matter movement. However, he also said he will not bow before the adversary.

“I just wouldn’t kneel because if I kneel I am submitting to my enemy. I would never kneel to my enemy,” Metta said.