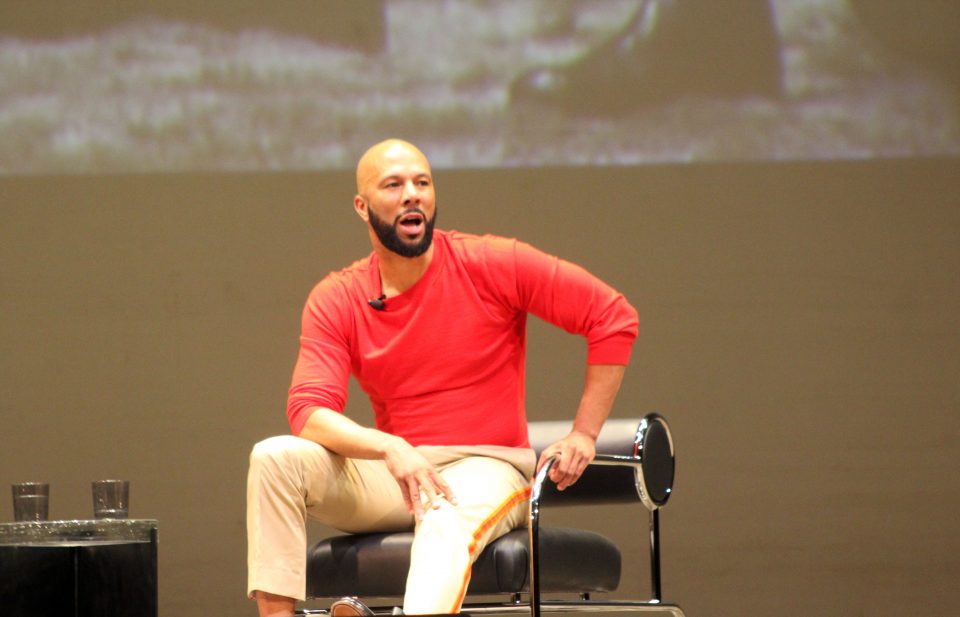 Tiffany Haddish was on her best Girls Trip behavior as she confirmed what most people had already assumed by now: that she’s in a romantic relationship with rapper Common.

During a profanity-laced interview on the “Steve-O’s Wild Ride!” podcast, the 40-year-old comedic actress described her relationship with the legendary Chicago lyricist with whom she has been in quarantine for the past few months.

“I take it you’re not in a relationship right now,” Steve-O’s co-host Scott Randolph said. “Or are you?”

“I am in a relationship,” Haddish replied.

“With Common?” Steve-O asked in his distinct sandpaper voice.

“Yeah, we’re twins now,” she said, adding the self-deprecating joke about their mutually hairless heads. When pressed by Steve-O, Haddish admitted that she’s “doing it with Common now.”

“We are f—ing,” Haddish said without a trace of shame during the profanity-laced exchange with the comedic host. “I love him.”

Haddish recounted that she formed a friendship with Common, 48, during a makeout scene with the rapper in the movie The Kitchen and that it eventually blossomed in the ensuing months.

By the time the dating site Bumble petitioned her about doing a live date, she and Common’s hangout time had increased. And that’s when Haddish decided to accept the virtual romantic dinner with the Oscar- and Grammy-winning “Glory” rapper.

The rest, as they say, is history.

Check out the entertaining interview in full below. (Warning: NSFW)