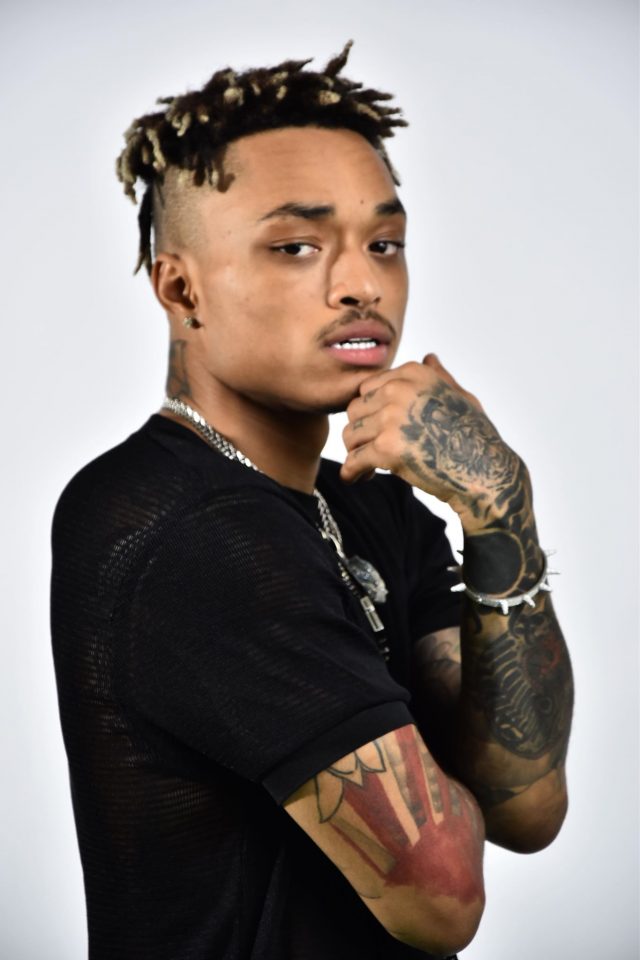 Hip-pop artist Tron Austin was introduced to music before anything else he can remember. As the son of music royalty, TLC’s Chilli and producer Dallas Austin, his childhood consisted of international tours and studio sessions. After deciding he wanted to pursue his own music career, Tron Austin felt it was important to carve out his own lane. He also knew firsthand how stressful being an artist could be, so it was a welcome change being introduced to martial arts and finding his personal balance within the discipline.

“I started practicing and training jujitsu a lot while at Full Sail University in Florida,” he explained. “It’s crazy because the more I learned about the discipline, the less I wanted to use it to hurt anybody. It became a way for me to stay balanced and remain calm. Training became my personal meditation and it allowed me to really focus. Now the only sport I really watch or am into is UFC fighting.”

Austin’s jujitsu training came in handy for prioritizing during the COVID-19 pandemic. Currently, he is promoting his new single, “Arson,” and while he is frustrated at not being able to connect intimately with fans, he looks forward to seeing their feedback about his latest release online.

“My first official single [“Captions”] dropped last year, and it did really well,” he said. “We had people around the world doing different versions of the ‘Captions’ dance and it was a great start. ‘Arson’ is my follow-up single, and I wanted to release it during the summer because I think people need a release right now.”

In addition to his single, Austin is excited about a new gaming app he is launching under his own imprint, TronMusic.

“Anime has always been a big part of my life, so it was only right that I mixed the worlds of gaming with music. It allows me to give fans something that’s really authentically me,” he said.

You can follow Tron Austin on IG at @timeflybye.