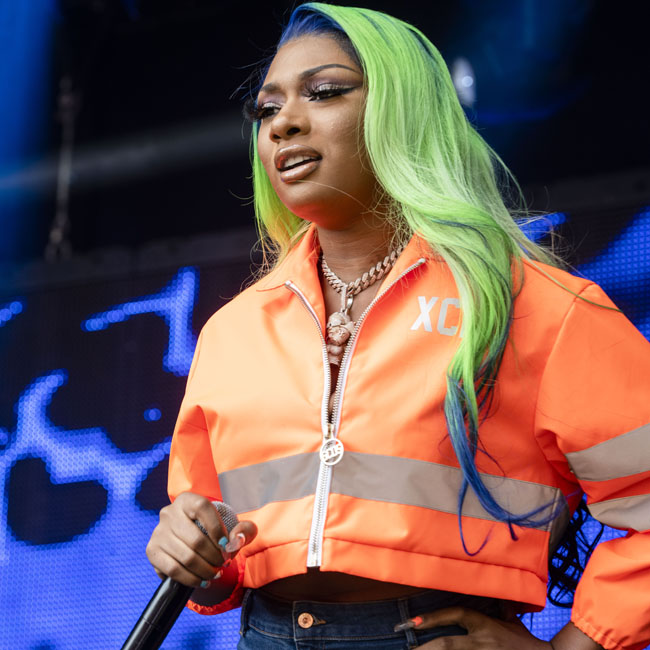 Megan Thee Stallion has hit out at haters of her Cardi B collaboration “WAP” after the pair were criticized for their “shameless adult content” by CeeLo Green.

The “Savage” hitmaker took to Twitter to take aim at the men who have mocked the rappers after they unleashed the explicit track and its accompanying video — which sees Kylie Jenner and themselves strut around in eye-popping lingerie.

She wrote: “Lol dudes will scream “slob on my k—” word for word and crying abt WAP [laughing while crying emoji] bye lil boy.”

The comment came after Green — who had a song with the title ‘F— You’ in 2010, which was also known as “Forget You” or “Fu” — said the likes of Nicki Minaj should be using their platform to be role models to their young fans, while he also took aim at Megan and Cardi.

Green called modern pop music “sheer savagery” before going in on the chart-toppers.

In an interview with Far Out magazine, he bemoaned: “A lot of music today is very unfortunate and disappointing on a personal and moral level.

“There was once a time when we were savvy enough to code certain things. We could express to those it was meant for with the style of language we used. But now music is shameless, it is sheer savagery.

“It’s problematic, we suffer from it because there are those that have nothing to do with it, but it is assumed of everyone. You have the ‘Heads of State,’ like Nicki Minaj or someone who is up there in accolade: success, visibility, a platform to influence. Nicki could be effective in so many other constructive ways, but it feels desperate.”

The 45-year-old singer then hailed them attention-seekers.

And while he understands they are trying to promote “divine femininity,” he believes they are doing so at a “cost.”

He continued: “Attention is also a drug and competition is around … Cardi B and Megan Thee Stallion, they are all more or less doing similar salacious gesturing to kinda get into position. I get it, the independent woman and being in control, the divine femininity and sexual expression. I get it all, [but] it comes at what cost?”

“WAP” — which features a flurry of sexual innuendos — has received a mixed reaction from fans and critics alike, but aims to spread a message of female empowerment.