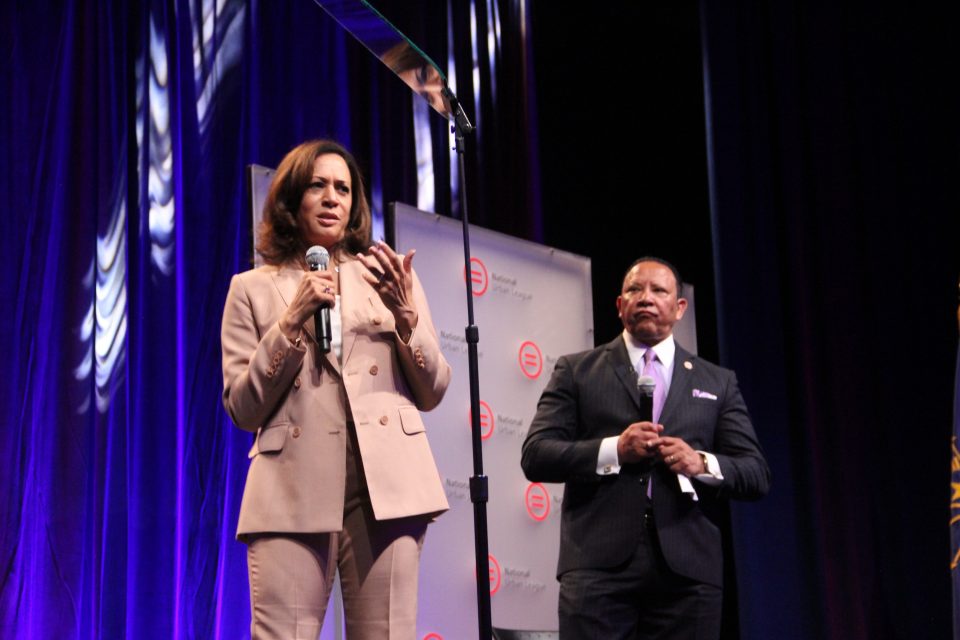 An NBA photographer was fired for a racial attack against Kamala Harris on social media. Bill Baptist, who had served as an NBA photographer for over 30 years, posted a meme on Facebook that disparaged Harris, who is the Democratic vice presidential candidate, according to ESPN.

WNBA legend Sheryl Swoopes blew the whistle on the photographer with a tweet. “So this guy works for the NBA but covers the Houston Rockets. Has been around for a while. Even worked for the Houston Comets. It’s amazing how people will smile in your face but eventually, their true colors will how. @NBA and Houston Rockets he needs to GO!!! So disrespectful. Bill Baptiste [sic] shame on You,” Swoopes tweeted.

Baptist reportedly posted a meme on Facebook that referred to Biden and Harris as “Joe and the H–.” The photographer had been in Orlando, Florida covering the NBA as the league resumes its season in a bubble to protect players from the pandemic.

The NBA immediately fired Baptist following Swoopes tweet. An NBA spokesperson told KPRC 2 that Baptist is an “independent contractor, and his services are no longer being used in Orlando.”

Baptist issued an apology, but the damage has already been done.

“I deeply regret posting on my Facebook page a phrase that I saw and copied from others as a sample of some people’s reactions to Biden’s selection of Senator Harris as his choice for VP,” Baptist wrote in a statement. “The phrase I posted does not reflect my personal views at all. I should not have been so insensitive to post the statements by others. I sincerely apologize to all of those who have rightfully been offended.”

Harris could make history in November by becoming the first Black Vice President in America.