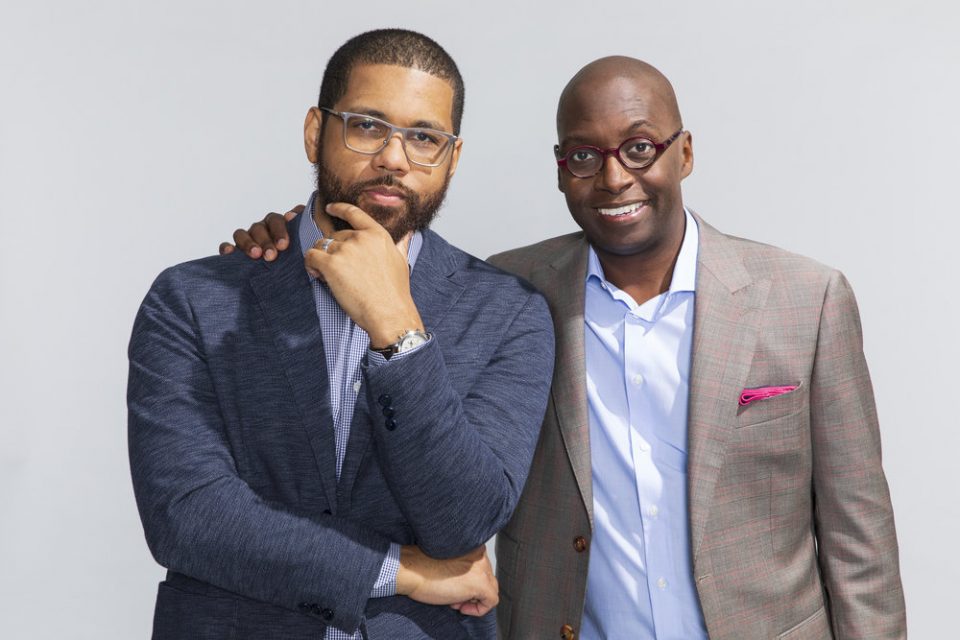 “Brother From Another” makes its debut as the first official sports-driven show on NBC freshman streaming platform Peacock Network. Led by Michael Smith (ESPN His & Hers, SportsCenter) and Michael Holley (New York Times Best Selling Author), the aim is to broaden discussions not just on sports, but politics and other notable topics. With a vibe more befitting of a living room than a barbershop, according to Holley, no topic is off-limits.

Rolling out spoke to the real-life best-friends about their flagship show, serving as co-executive producers, and what sets them apart from the rest.

As the first to lead this type of show, especially following your tenure at ESPN, is the pressure to perform the same?

Michael Smith: Setting aside the inherent pressure that Black people just generally feel like we carry to succeed, we feel no pressure. We’re talking politics, music, movies, family, sports, pop culture, Black  Twitter, and everything that interests us as men; so it’s a lot of freedom here. That’s what we’re talking about and we’re going to weave it through so seamlessly.

Michael Holley: This is the first time in my career where I feel I don’t feel like I have to compartmentalize or I don’t have to keep a part of myself back. I think the only pressure we feel, quite honestly, is remembering there’s going to be a camera there and microphones.

Over the years there have been numerous attempts to create that “barbershop” vibe of interaction among men. How would you describe the essence of the show?

MH: I don’t like the barbershop description, because I think that is too exclusive in a negative way. I like the living room, or even better, the family room. Anyone can come in and be part of the conversation whether its trivial or difficult. If your family is anything like mine, there are definitely some arguments within that family space.

In terms of sports, the focus will continue on the NBA bubble and the NFL is underway. Outside of sports, what are the big topics?

MS: Our country is literally and figuratively on fire right now. You thought George Floyd and demanding accountability for Brianna Taylor was the tipping point. Then Jacob blink prompts a strike in professional sports. As the show goes, we’re flying the plane as we build it. That’s the vibe that we wanted. We want you to watch it and laugh and think. Maybe get frustrated with us, but we want you hanging with people you know.

“Brother From Another” streams live on the NBC Sports on Peacock channel (www.peacocktv.com) Monday through Friday from 3 pm – 5 pm ET.