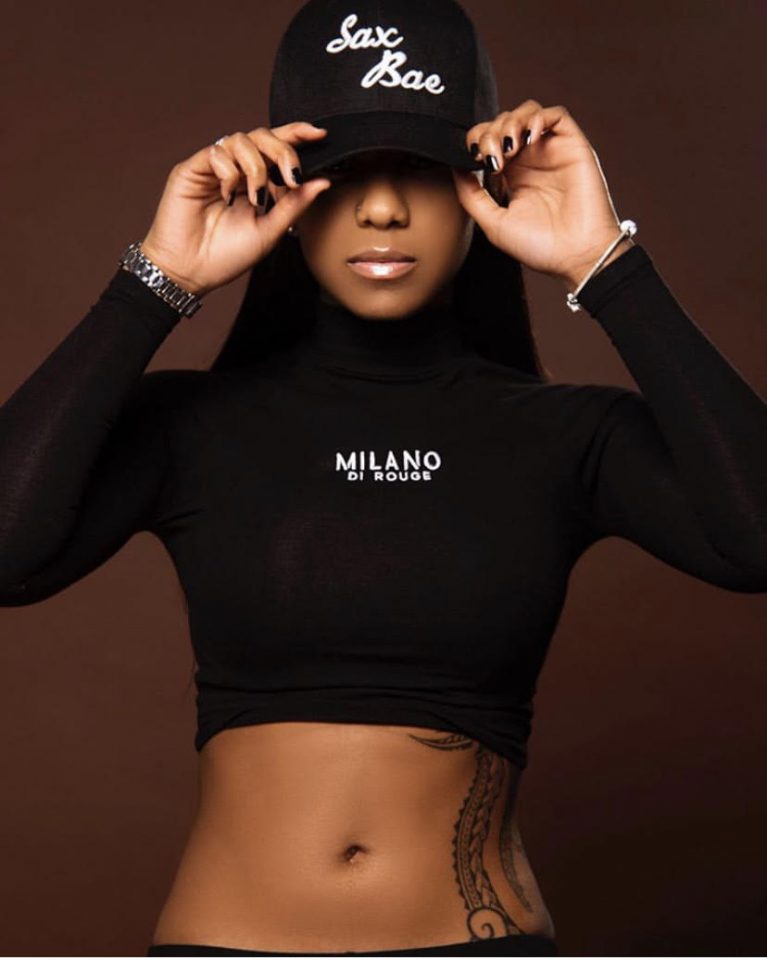 When you think of a saxophonist you might not think of a Black woman with tattoos, jamming out to the covers of hit songs, but that’s exactly who Imani Lauren is.

Affectionately known as “Sax Bae,” Imani Lauren is a female saxophonist from West Philadelphia. Lauren was always attracted to music and instruments growing up.

Lauren began her musical career playing Djembe as a child. In 2014, she discovered her true passion for music when she taught herself how to play the keys without lessons or education. Two years later, her love for music deepened when she discovered the tenor sax.

Today, Lauren has amassed a major following because her musical covers explore every genre from classical music to hip-hop.

Rolling out spoke with her about her journey and how she hopes to inspire others.

What was your introduction to the saxophone?

I attended a semester at Lincoln University and during that semester, I took away the saxophone. That was one of the biggest things that I took away from that chapter in my life. I was a person who didn’t really party and I would stay to myself. One night, I decided to go to a jazz concert in the auditorium. I saw this guy stand up on the alto saxophone, and he did his thing. Then a guy stood up and played the tenor saxophone and I was like, “Whoa.” I rushed home to my mom and my grandma and I was like, “I don’t need an alto. I don’t need a baritone. I need a tenor sax.” And my grandmother bought me one for Christmas. I got started by teaching myself.

Describe the feeling of getting on stage and showcasing your talents for the first time.

Amazing. I think it’s one of the best things for me and the feeling of just inspiring others. When I get messages like “Oh you’ve inspired me to pick up my sax, ” or “It’s been like 40 years but I’m getting ready to pick it up and try again.” Stuff like that just blows my mind.