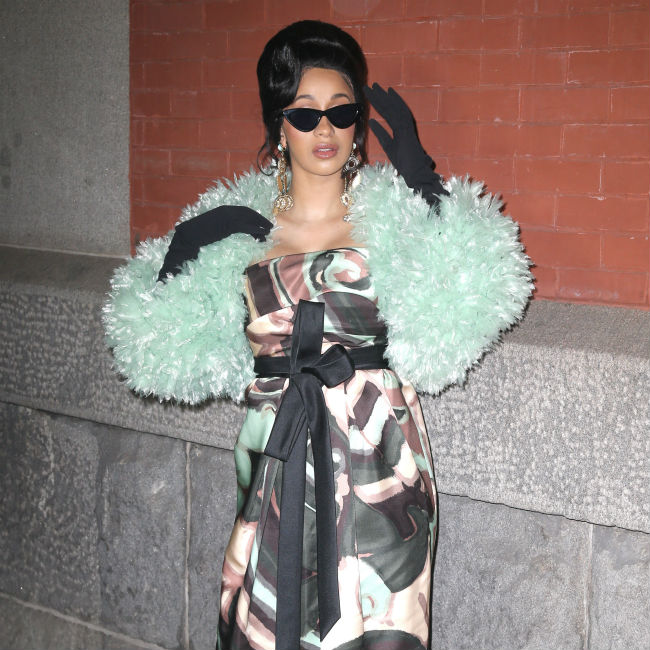 Cardi B has become the only female rapper with the longest-charting album in Billboard 200 history.

The “WAP” hitmaker has celebrated the record broken by her acclaimed debut album, Invasion of Privacy, by thanking her fans for their continued support, while she also teased that she’s working hard to make sure her second studio effort is even better.

Cardi retweeted the chart feat posted by Chart Data, and added: “It feels very good !Thank you guys for still supporting and listening to invasion of privacy.Working on my second album,it’s takin time but I want to make sure i put a amazing project.”

It feels very good !Thank you guys for still supporting and listening to invasion of privacy.Working on my second album,it’s takin time but I want to make sure i put a amazing project.

Little else is known about Cardi’s second album.

However, in May, the “I Like It” hitmaker posted the “hard-hitting” intro for the record on social media.

She shared a clip of the track which will appear at the start of her as-yet-untitled follow-up to her acclaimed 2018 LP.

It features a tribute to Isaiah Rodgers, the NFL cornerback for the Indianapolis Colts, who is seen on field as running commentary plays.

“And you gon’ have to learn to hold your tongue or hold the gun.”

Alongside the 60-second snippet, she tweeted: “Sooo dope this make me soo happy .My new album intro going to Hit just as hard !”

And she said: “This makes me feel so good.That’s why I’m going hard on my new Intro! CONGRATS @Isaiahrodgers”

Cardi has been working on her new record throughout lockdown in between bringing up her 2-year-old daughter, Kulture — whom she has with Migos rapper Offset.

The rap star recently admitted to being surprised by the reaction to the raunchy video – which also features Kylie Jenner and Normani.

Cardi said: “I’ve been really surprised by the reaction, honestly.

“I knew it was gonna have a big impact, I guess, because of me and Megan. But I didn’t know it was going to be so controversial.

“I never expected that, you know, conservatives and Republicans were going to be talking about the song. I didn’t think the song was as vulgar as they said it was, you know?”