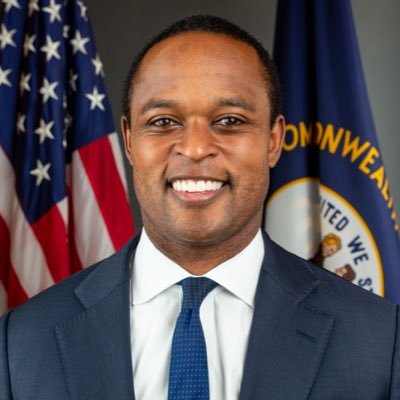 Kentucky’s Attorney General Daniel Cameron served as a speaker during the second night of the Republican National Convention. Cameron attempted to make a pitch to Black voters who are considering voting for the current U.S. President.

“The question is: Will we choose the path that gives us the best chance to meet those universal desires?” Cameron said. “Or will we go backward, to a time when people were treated like political commodities who can’t be trusted to think for themselves?”

However, Cameron, who is Black, has not been viewed by most in the Black community as an ally. At press time, Breonna Taylor has been dead for 166 days and Cameron has yet to charge the police officers in connection with her death.

On March 13, 2020, three plainclothes police officers, Jonathan Mattingly, Brett Hankison, Myles Cosgrove, in Louisville, Kentucky, entered Taylor’s apartment after retrieving a no-knock warrant. However, they entered the wrong home and Taylor’s’ boyfriend reportedly fired one shot. The officers fired over 20 shots, killing Taylor. The officers also failed to give aid to Taylor after she was shot.

WTF!! This mf has the audacity to get on national television and talk about #JUSTICE when he’s the driving force behind injustice for #BreonnaTaylor’s death! He refuses to arrest the men who killed her! HOW DARE YOU even mention her name #DanielCameron!! #RNC2020 I’m livid 🤬😤 pic.twitter.com/6b7OPFp5cH

#DanielCameron has time for: RNC speech prep/delivery, charging protestors on his lawn with felonies, intervening in lawsuits filed against Beshear, lawsuit to nullify every Beshear COVID order, wedding prep/COVID wedding (no masks). No time to arrest #BreonnaTaylor’s killers tho

Interesting/smart move of the RNC's to have Kentucky AG #DanielCameron speak &take on the cringe worthy comments Biden made in regards to black people. Now, if he can just have that same energy to make sure charges are brought against every1 responsible for killing #BreonnaTaylor