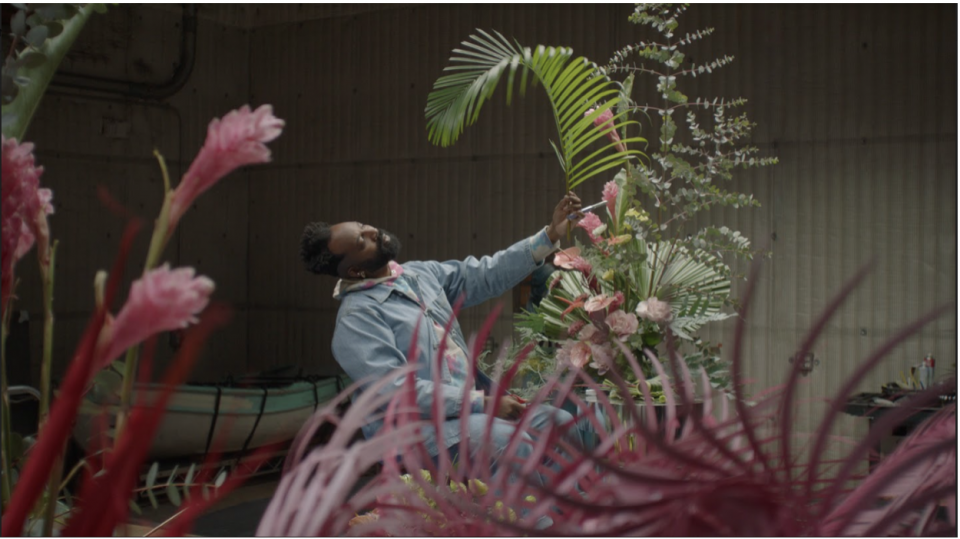 Maurice Harris is one of the most sought-after luxury floral designers in Los Angeles. The creative genius owns “Bloom and Plume” and boasts a client roster that includes Louis Vuitton, Gucci and Valentino, among others. Although he’s an expert at making things beautiful, it’s his contagious personality that’s really in bloom.

Rolling out caught up with Harris to discuss “Centerpiece,” his series on Quibi. Plus, he reveals how he and his team celebrated their first major client win.

When did you realize you had this gift with flowers?

I’ve always been a creative person, and my family allowed us to do whatever we wanted to do. My grandmother is a super creative person, as was my mom. When I was a child, I used to study her wedding album. She had 18 bridesmaids and 18 groomsmen; all the men wore top hats and English morning suits. It was so over the top, and there’s just something about that level of detail and creativity that drew me in. Flowers just happened to be one of those things. There’s a lot of instant gratification when you make an arrangement. I like that because I can be very impatient. You can put a bunch in a vase with flowers, and 45 minutes later, you have something.

Your show “Centerpiece” is so unique, and you are hilarious. How does a floral designer land a TV show?

I didn’t necessarily want to be in front of the camera, but I crack myself [up] regularly with my ridiculous shenanigans. I met Peter Kline (“20/20,” “60 Minutes”), and he thought there was just something about me, but I wanted to make sure I could control how I appear. Often, the portrayal of Black gay men is very stereotypical. This show is such a reflection of my creative process of how I process the world.

Continue reading and watch the trailer for “Centerpiece” on the next page.