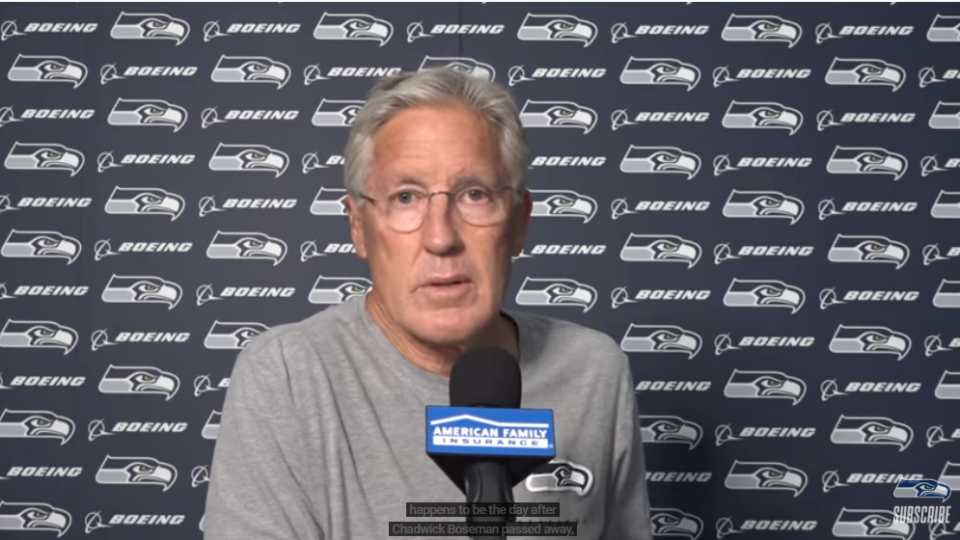 Pete Carroll, the head coach of the NFL’s Seattle Seahawks, said he may be putting his job on the line for speaking directly and forcefully to White Americans about their racism.

The Super Bowl-winning and NCAA title-holding coach informed White people they are responsible for solving the sociopolitical disease called racism that Black people have historically suffered from. Carroll is referencing the police-involved killings of Black people in the past weeks and months that have directly led to a protests in America and around the world.

Carroll spoke during a 15-minute long soliloquy where he took no questions from reporters and there were no players present because he had given them the day off.

“[White people] need to be coached up and they need to be educated about what the heck is going on in the world. Black people can’t scream anymore,” Carroll began. “They can’t march anymore, they can’t bear their souls anymore to what they’ve lived with for hundreds of years because White guys came over from Europe and started a new country with a great idea and great ideals and wrote down great writings and laws and all of that about democracy and freedom and equality for all. And then that’s not what happened, because we went down this road here and followed economics — rich white guys making money — and they put together a system of slavery, and we’ve never left it, really. It has never gone away.”

Here is a heavily edited version of Carroll’s talk:

A message from @PeteCarroll on what we can do to help combat racism. pic.twitter.com/7LknOFw2fy

The 69-year-old is a two-time collegiate football champ at the University of Southern California who then ventured to Seattle where he led quarterback Russell Wilson to two consecutive Super Bowl appearances, winning one of them.

Carroll said resolutely that White people know the truth but that they refuse to listen or understand what Black people go through on a daily basis.

One of his players is infinitely grateful to Carroll for confronting this mushrooming problem head-on.

Big thank you to Coach Pete, John Schneider & the entire Seahawks organization for really hearing us as Black athletes. This is a special place, like I've said before where everyone’s willing to learn and understand that wrong is wrong, and right is right.

Flip the page to hear the unedited version of Carroll’s 15-minute speech.