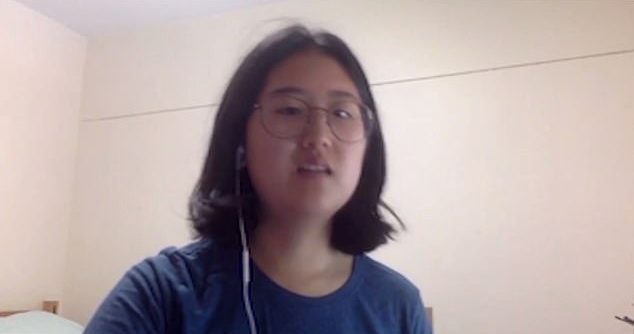 Political pundits say city leaders and the feds are becoming increasingly audacious in their efforts to neutralize the Black Lives Matter movement. Examples include sending in federal cops to cities like Portland and Seattle and snatching up and throwing protesters into unmarked vans. A potential danger is allowing racist White militia members to bring loaded machine guns to demonstrations in order to intimidate protesters, says Joe Lowndes, a University of Oregon political science professor, in an interview with The Register-Guard.

A New Jersey mayor took this flagrant infringement on a citizen’s First Amendment rights to another level when he sent a teen Black Lives Matter protester a $2,500 bill for police services the week of Aug. 23-29.

Emily Gil told ABC and NBC News that Englewood Cliffs Mayor Mario Kranjac originally ordered her to refund the borough $2,499.26 “for the police overtime caused by your protest.” The mayor also had the audacity to recommend Gil volunteer instead at a local food bank.

People have the right to speak freely.

Towns can’t charge protesters for police or insurance for exercising their constitutional rights.https://t.co/Ha8yfvTZDF

Gil told WABC-TV that the small crowd of around 30 individuals was peaceful and did not need a large law enforcement presence.

“He sort of imposed a police presence on the protest,” Gil continued. “He said, ‘So now that you’ve alerted me that this is going on, I’m going to have to send the police to you.’ So it wasn’t something that I specifically requested. It was something that he imposed on me.”

Only after being exposed for charging the teen student Gil for exercising her rights to free speech and assembly did Kranjac rescind the request to repay Englewood Cliffs.

“I was told that all private events requiring police overtime should be paid for by the organizers. It was never intended as a fine, but rather as a fee,” Kranjac said in a statement obtained by NBC News. “I have researched the issue further with my own counsel, and I am hereby rescinding the bill, subject to our Council’s ratification of my action.

“I always want to make certain that everyone’s constitutional rights are fully respected. We will have to adjust the borough’s ordinances accordingly.”

Flip the page to listen to a news report about the incident.