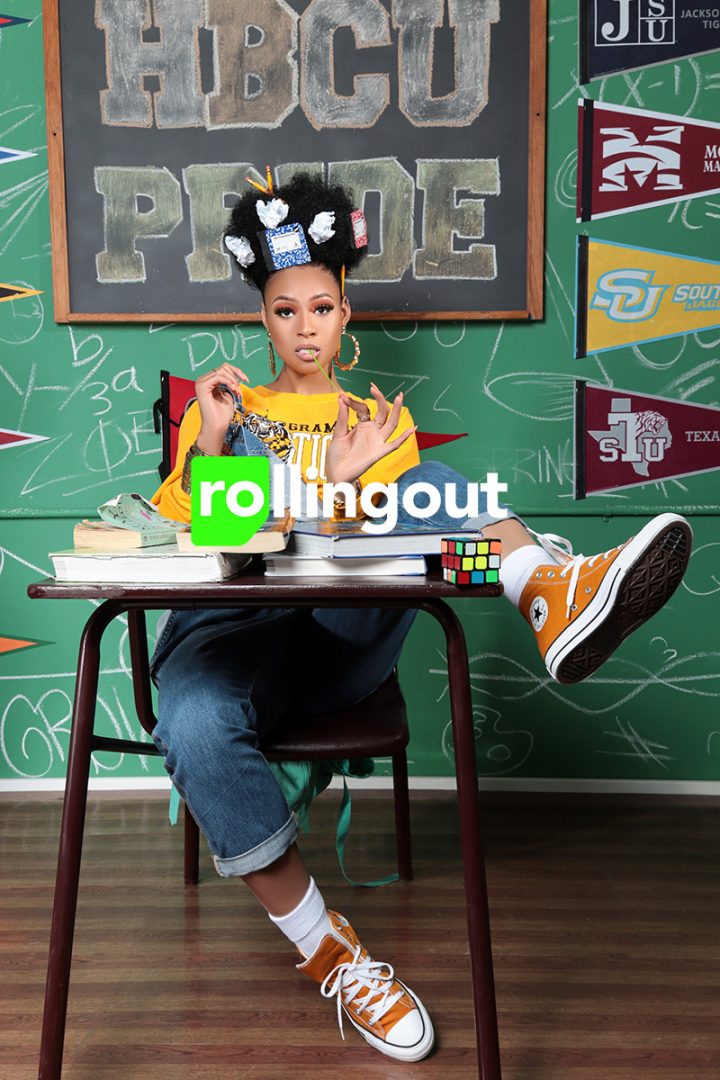 Vena Excell found a way to use her bubbling personality as a gateway to success.

The Miami native and graduate of St. Augustine’s University in Raleigh, North Carolina, began her career in media as an intern at Atlanta’s V-103 before landing a gig as an on-air personality at 107.9 The Link in Charlotte. But it was her knack for telling jokes and the comedic timing she displayed on social media that would open doors in other areas.

Excell eventually would become known to the world as Pretty Vee after becoming a leading figure on Nick Cannon’s “Wild ‘N Out.” Her zany antics proved to be a hit on the show, and she continued to garner millions of views through skits on social media.

At this point in her career, Vee continues to find ways to change the world — one smile at a time.

You present a lot of characters either through social media skits or sketch comedy. What inspires your characters?

I’m Jamaican, so all the characters that I do come from my upbringing or my mother. Actually, my mom gives me the best motivational speeches. My mother was the peanut mom, so I was known as “Peanut” growing up. And then you go back to what I experienced in Miami with all the Jamaican mothers yelling at their kids. That’s my aunt. And then you go to the ghetto girl “Bobo.” I think all the characters that you see, that comes from my upbringing, and I just like to bring them all out because that’s what I’ve seen growing up.

If you had the opportunity to produce a movie with your favorite characters, who would be in it, and what would be the premise?

The name of it would be “The Unknown,” but it will be something where a girl was trying to find her way in the big city of Miami, and, you know, the hustle and the grind [of] being a single parent. It would show the struggle, the heartache, the happiness, the sad days. The characters would be Morris Chestnut, Tiffany Haddish, Taraji P. Henson and Jim Carrey. Tyler Perry would be one of the uncles. It would be a comedy and still [have] a moment where drama [is] involved.