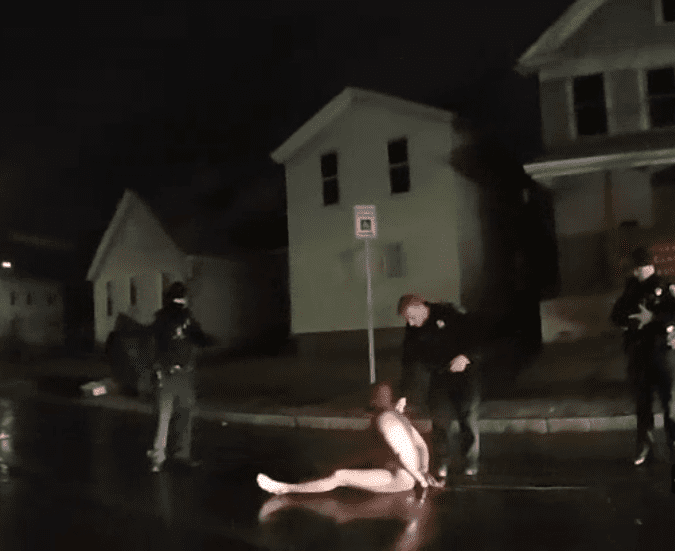 The family of a dead Rochester man is calling for the prosecution of the police officers who handcuffed the man, then placed a hood over his head and held his head down on the pavement until he stopped breathing.

According to NBC News, Daniel Prude was suffering from mental issues and was standing naked in the middle of the street in Rochester, New York’s third-largest city and about an hour’s drive east of Buffalo.

Reeling from the trauma of several deaths in his immediate family, Prude was reportedly traveling back and forth between Chicago and Rochester to be closer to his brother.

However, on March 23, 2020, Prude was wandering in the middle of the street naked. Police bodycam footage confirms that Prude complied with officers’ commands to get on the ground. He did not resist when they put handcuffs on him. Prude, nevertheless, died after officers put a hood over his head and then pushed his face into the ground for approximately two minutes, according to the video obtained by News 8 WROC.

The officer who put the bag over his head said he did so because Prude was spitting at them and Prude told them he had COVID-19.

Prude’s aunt is dumbfounded at what her nephew could have done to deserve to die that night.

“He was the normal Rell that I knew,” Prude’s aunt Letoria Moore said when she talked to him two days before his death, according to NBC News. “I didn’t know what was the situation, why he was going through what he was going through that night, but I know he didn’t deserve to be killed by the police.”

In New York, when an unarmed person is killed by officers, the investigation is handled by the state Attorney General Letitia James, according to Gov. Andrew Cuomo.

Flip the page to view the bodycam detainment of Prude (Warning: Images are disturbing)