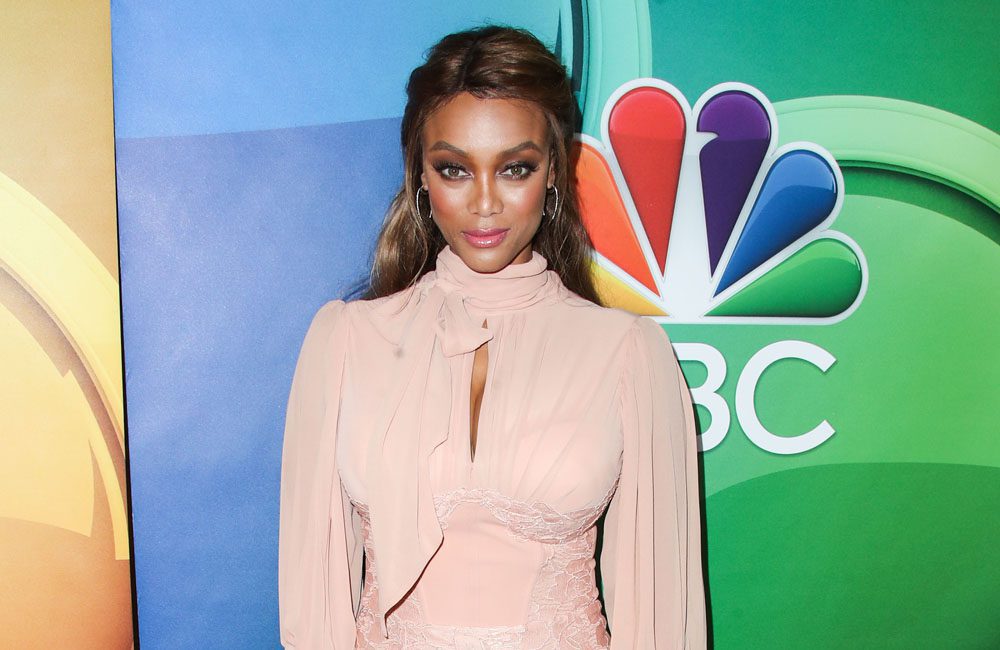 Tyra Banks thinks it will be a “challenge” to take over hosting duties on “Dancing with the Stars” from Tom Bergeron and Erin Andrews.

The 46-year-old model and television star is replacing Tom and Erin as the host of the ABC dance competition and has said she’s nervous about “stepping into [their] shoes” on the series.

She said: “I think the challenge is stepping into shoes. I mean, you know, Tom Bergeron and Erin. They lead the show, this is one of the top-rated shows in the world. So [I’m] respecting the stage that they have set and then adding my icing to that. I feel confident about that, but of course, it’s a challenge, but I don’t back away from challenges.”

And although she’s hoping the live shows go off without a hitch, Tyra admitted she isn’t too worried about making mistakes.

She added: “I love when something wrong happens because the world can see, like, the imperfection. I always say ‘Show the mishaps and the malfunctions and the mistakes.'”

Tyra’s role as host comes as the first time the show will be hosted without Tom, who has been involved in the show since its 2004 debut.

And the ModelLand author has insisted the change will be good for the series, although she understands why fans of the show may find it hard to process.

Speaking to Us Weekly magazine, she explained: “I think change is inherent in life. Change is one of the most difficult things, like, scientifically proven to accept change from your kid, you know, empty nest syndrome and you’re a kid leaving the house or changing jobs or changing a host of a show that you liked. These are like the things that are like, ‘Ah,’ but I think the important thing is to say, ‘You know what? Let me check this out. This is what I have no problem with.’

“It’s just a part of how I’m made. I tend to prefer a challenge. Oftentimes a wind has been at my face. I’m just kind of used to that and so it’s my job to show everybody that I can do this so that I can entertain you. And that I could give you the show that you love with some ice cream sprinkles on top that you didn’t even know that you wanted.”