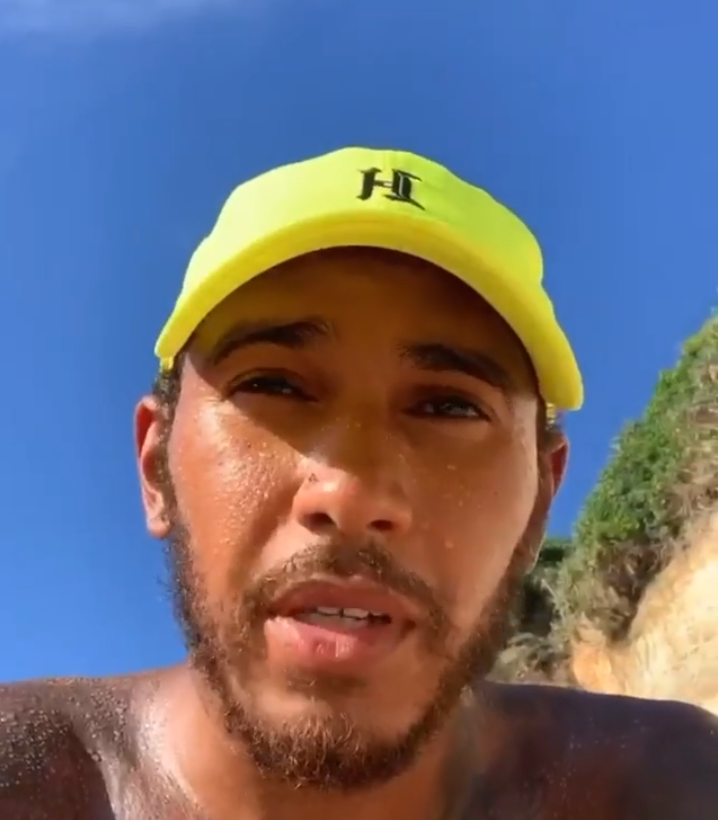 Lewis Hamilton, a Black British race car driver and six-time Formula One world champion, is under investigation after sporting a Breonna Taylor T-shirt during his latest racing event.

Lewis, 35, made a statement to show his support after Taylor was killed even though he is from the United Kingdom and Taylor lived in the United States.

During the event at The Grand Prix in Italy on Sunday, Sept. 13, 2020, Hamilton wore a black T-shirt that had “Arrest the cops who killed Breonna Taylor” emblazoned in pink letters on the front of it, while the popular and powerful phrase “Say her name” was scrawled on the back along with a large photo of Taylor.

Before the race, Hamilton and his colleagues posed for his 20 million Instagram followers.

It’s been 6 months since Breonna Taylor was murdered by policemen, in her own home. Still no justice has been served. We won’t stay silent. #JusticeForBreonnaTaylor

Motor sports’ governing body, the Federation Internationale de l’Automobile, has opened a probe of Hamilton because, according to ESPN, it is a non-political organization.

Kentucky Attorney General Daniel Cameron is reportedly going to present evidence before a grand jury this week before he decides whether to indict the three Louisville Metropolitan police officers: Jonathan Mattingly, Brett Hankison, and Myles Cosgrove. Only Hankinson has since been fired.