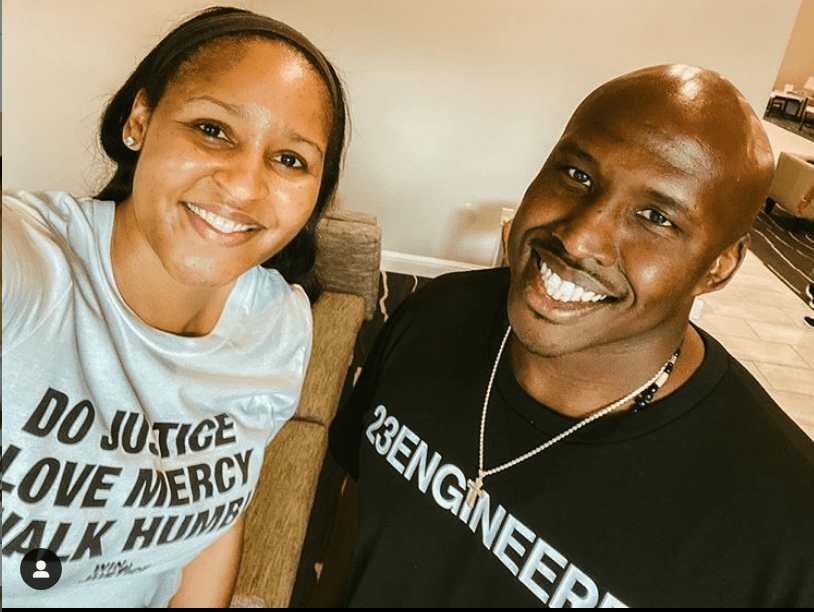 WNBA star Maya Moore shocked the sports world when she decided to step away from a winning team to fight for social justice. During her hiatus from the Minnesota Lynx, Moore helped to free a Black man from prison who was wrongfully convicted.

Jonathan Irons was convicted at 16 for breaking into a home in O’Fallon, Missouri, and shooting at the homeowner. He was sentenced to 50 years in prison, according to KSDK.

Moore met Irons in 2007 during a visit to the Jefferson City Correctional Center. After hearing his story, she helped to find lawyers who could assist with his release.

On March 9, 2020, a judge ruled that prosecutors suppressed fingerprint evidence that would have strengthened Irons’ defense. He was eventually released from prison on July 1.

On Sept. 16, Moore, 31, and Irons, 40, announced on “Good Morning America” that they are officially married.

“We wanted to announce today that we are super excited to continue the work that we’ve been doing together, but doing it as a married couple,” Moore said during the interview. “We’re excited to share this new chapter of life together.”

Moore, a four-time WNBA champion and a six-time All-Star, has yet to reveal when she plans on returning to the hardwood.