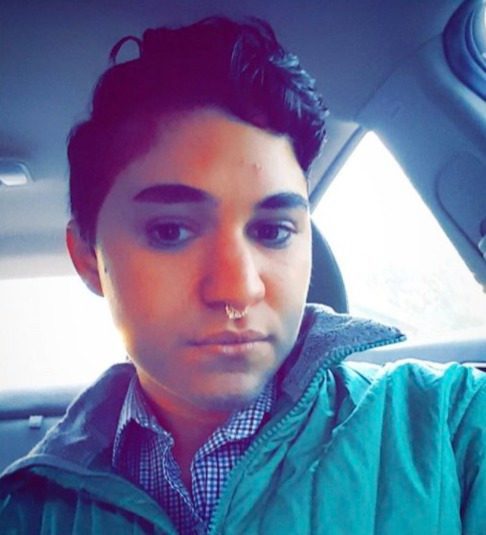 A White graduate student resigned from a teaching position at the University of Wisconsin-Madison after lying about being Black.

CV Vitolo-Haddad, who is of Italian and Sicilian descent, came clean in an op-ed piece in Medium. Writing under the name “See Vee,” Vitolo-Haddad, who identifies as nonbinary and uses the pronouns “they” and “them,” revealed a knack for deceiving people about their race.

“I am deeply sorry and regretful to the people I deceived by inserting myself into Black organizing spaces I didn’t belong in,” Vitolo-Haddad wrote. “That deception was parasitic and harmful. I want to identify those moments and state what I should have done differently.”

“When asked if I identify as Black, my answer should have always been ‘No,’ ” Vitolo-Haddad wrote. “There were three separate instances I said otherwise. I should not have adopted any identity outside of what I know. I should have recognized my commitments to liberation can be based on my experiences without incorporating those experiences into my identity. I should have instead been clear and honest about how I identify and talked through people’s perceptions and ideas of me.”

A graduate student who studies journalism and mass communication, Vitolo-Haddad reportedly resigned from a teaching assistant position at the university and as co-president of the Teaching Assistants’ Association.

Vitolo-Haddad’s confession comes one week after another White woman, Jessica Krug, revealed her true identity after passing for Black. Krug, 38, made a living by disguising herself as a Black woman and profiting from issues that affect minorities. She holds a Ph.D. and is the author of the book Fugitive Modernities: Kisama and the Politics of Freedom. Krug also is an associate professor at George Washington University.

In an op-ed piece Krug wrote for Medium, she stated: “I have eschewed my lived experience as a white Jewish child in suburban Kansas City under various assumed identities within a Blackness that I had no right to claim: first North African Blackness, then the US rooted [sic] Blackness, then the Caribbean rooted[sic] Bronx Blackness…I am not a culture vulture. I am a culture leech.”

Vitolo-Haddad claimed to not have gained access to a scholarship or an award that was designated for a person of color.