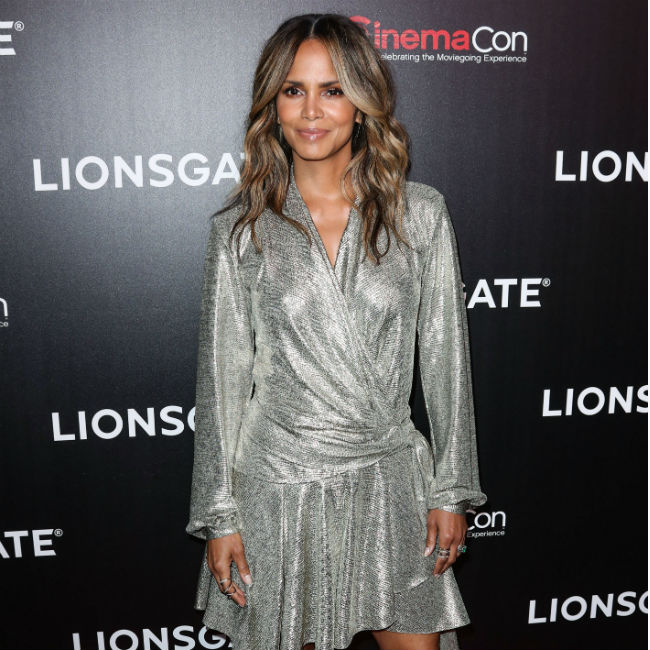 The 54-year-old actress — who has 12-year-old Nahla with former boyfriend Gabriel Aubry and 6-year-old Maceo with ex-husband Olivier Martinez — took to Instagram to post a picture of herself donning a T-shirt with the musician’s name emblazoned across it and tagged him in it.

In July, the former Bond girl shared a picture of her feet playing footsie with a male in bed during a romantic birthday trip to Las Vegas.

And in the caption for her latest snap in the Hunt merchandise, Berry wrote: “now ya know…” along with the foot emoji and a black love heart.

The picture of the feet was captioned: “Waking up Vegas! Thank you for all the beautiful birthday wishes from my friends and my very supportive and loyal fans!

“You ALL helped to make my birthday extra special.”

Waking up Vegas! ☀️ Thank you for all the beautiful birthday wishes from my friends and my very supportive and loyal fans! You ALL helped to make my birthday extra special ♥️

Hunt has also shared snaps with the Catwoman star on his own page on the photo-sharing app.

The 50-year-old star posted an intimate photo of Berry leaning in to give him a kiss on the cheek.

He wrote underneath it: “Kisses land softly.”

In April, Berry admitted that while she has always been “relationship-oriented,” she was enjoying having more time with just her children and was even considering giving up dating for good.

Speaking to her friend Lena Waithe on Instagram Live, she said: “I’ve learned a lot being with my children. They are the best company for me right now, and when I divorced Maceo’s dad I’ve been pretty alone by myself going on three years now. Decidedly so, for sure.

“I have decided to take time. I’m very much a relationship-oriented person, I always want to be with someone. But I decided, no I’m going to slow my roll, I’m going to take a minute and I’m going to spend time with me.

Halle has also previously been married to Eric Benét and David Justice.