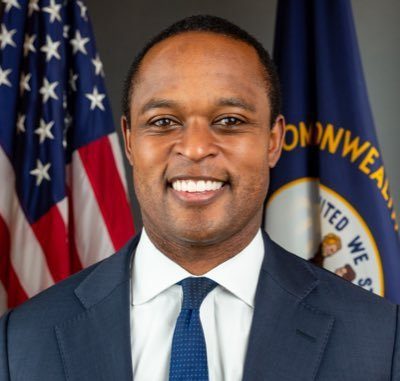 The indictment states that Hankison is being charged for firing his weapon, but not with Taylor’s death. In turn, he was given a $15,000 bond and will only face up to five years in prison.

On March 13, Hankison and officers, Jonathan Mattingly and Myles Cosgrove — entered Taylor’s apartment after retrieving a no-knock warrant. However, they entered the wrong home and fired more than 20 shots, killing Taylor. Taylor’s boyfriend reportedly fired one shot, striking Mattingly in the leg.

Cameron claimed that Cosgrove fired the fatal shot, but was justified after Taylor’s boyfriend shot first.

“After hearing the evidence from our team of prosecutors, the grand jury voted to return an indictment against Detective Hankinson for three counts of wanton endangerment for wantonly placing the three individuals in apartment 3 in danger of serious physical injury or death,” said Cameron. “Charge 1 endangerment in the first degree is a Class D felony, and if found guilty, the accused can serve up to five years for each count.”

Cameron also appeared to use politically-charged language when speaking about potential protests that could occur following the decision.

“If we simply act on emotion or outrage, there is no justice. Mob justice is not justice. Justice sought by violence is not justice,” Cameron said. “It just becomes revenge and in our system, criminal justice isn’t the quest for revenge.”

Breonna Taylor eventually became the top trending topic in the nation as backlash was swift.

My thoughts are with the family and loved ones of Breonna Taylor today. Her loss remains immeasurable, and the continued lack of justice for her murder is inexcusable.

We owe it to her memory to demand a justice system that recognizes #BlackLivesMatter once and for all. 1/3

After 6 months, only one of the officers who invaded Breonna Taylor’s home and shot and killed her in her sleep will finally face criminal charges. Not for murdering Breonna — for putting her neighbors in danger in the process.

Black faces in high places do not get a pass. We can’t allow McConnell’s former lawyer to misrepresent the function of a grand jury & pretend he doesn’t have authority as AG to bring charges against the officers who killed Breonna Taylor.

"If you stick a knife in my back 9 in and pull it out 6 in, there's no progress. If you pull it all the way out, that's not progress. The progress is healing the wound that the blow made. They won’t even admit the knife is there." Malcolm X. #BreonnaTaylor pic.twitter.com/e40xjbt0eH