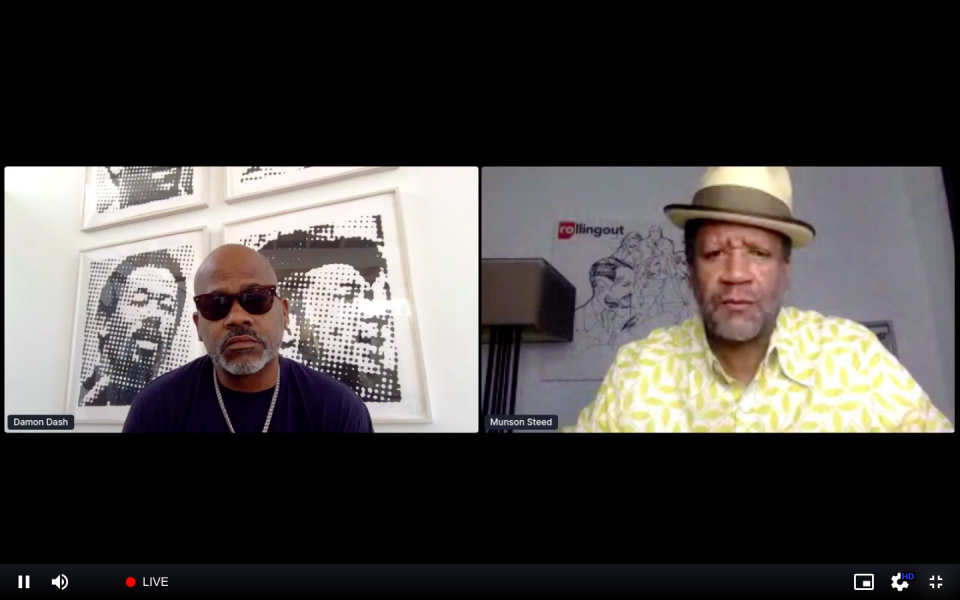 Damon Dash advised RIDE Con viewers to get out there and create a path for themselves. In his second appearance at the rolling out RIDE Conference, Dash highlighted the importance of growth, development and ownership in business. “This mindset has always been here [for me], I was just waiting for everyone [else] to catch up,” Dash said.

Dash explained the value Black creators have within the marketplace and that viewers must understand the value that they hold to corporations. “We control the buyer’s market,” Dash said. “It makes no sense to do something and not own it.”

His conversation with Munson Steed, CEO of Steed Media Group, during the “CEO to CEO” segment, focused on embracing community pride.

“Stop trying to find perfection that doesn’t exist, we need to work toward economic empowerment,” Dash said. “Think like a general; soldiers wait to be told what to do.”

Steed made the point that “people need the courage to make demands,” emphasizing that change must happen within the community first.

“Don’t demand it, just do it. Everybody needs to understand it’s our terms, we don’t need you, we need each other,” Dash said.

Dash says you have to have a CEO mindset in order to be successful. “Do something you love so it doesn’t feel like work. Everything I do, I love,” he said.

Dash also emphasized the importance of passing knowledge down to the community to help people grow. “Once you get power, you have to do the right thing for your culture,” he said.

Dash continues to pass knowledge down and create jobs for his community through his media collective, Dame Dash Studios.