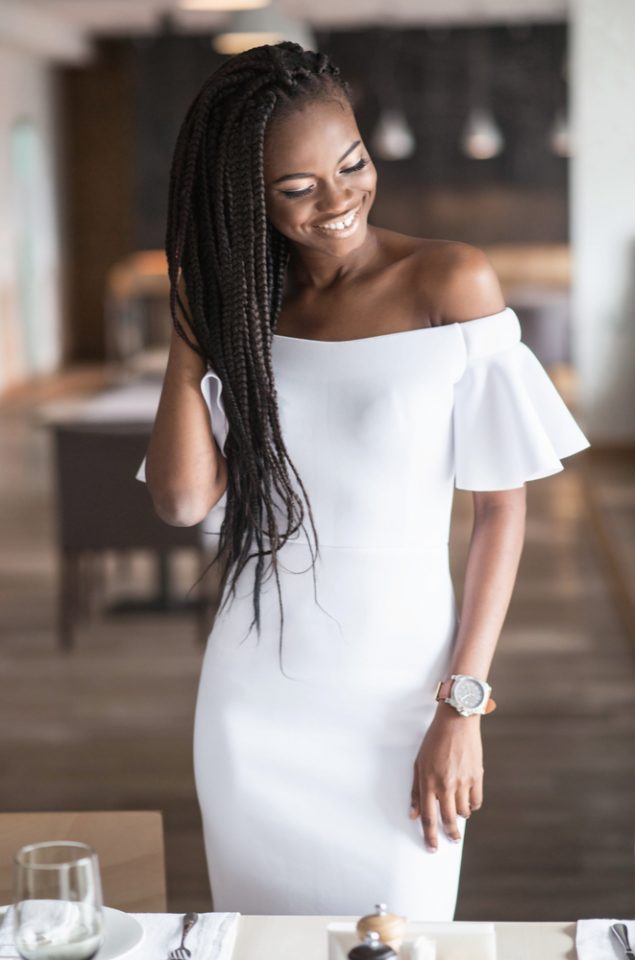 There is a movement sweeping through the heart of Atlanta. If you listen closely you may hear about it, but you are much more likely to see it first. In communities across the metro area and beyond, women everywhere are wearing white pants. It doesn’t matter that it was after Labor Day (or before Easter). These women are making a statement, and it isn’t about fashion. This sisterhood, these women — they are part of the fabric of a new kind of freedom. This fabric, this statement, this white pants movement represents freedom from fibroids.

According to Dr. John Lipman of the renowned Atlanta Fibroid Center, one of the nation’s leading uterine fibroid experts, the white pants are a metaphor. “Wearing white pants represents the freedom that women have once they are no longer prisoner to their periods [because of fibroids].”

Fibroids are non-cancerous tumors of the uterus. Though the fibroids are benign, the symptoms they cause can negatively affect every aspect of a woman’s life. Abnormally heavy periods, along with increased urinary frequency, pain and anemia are all too common for women suffering with fibroids, as is missed work and mental and physical exhaustion. However, it is the bleeding, those horrendous periods that just won’t stop, that imprisons women’s lives.

“Every part of everything they do becomes tied to their menstrual cycle,” says Dr. Lipman. “The way they live their lives, including what they can and cannot wear, is related to this problem. Wearing white pants is something that most women who suffer with fibroids can never do because of the fear of embarrassing accidents. That is why the idea of wearing white pants again has come to be a victory flag for the former fibroid sufferers who have found relief with uterine fibroid embolization (UFE).”

While 1 in 3 women have fibroids, 3 out of every 4 African American women carry this burden. Most that suffer with symptoms from fibroids are only told about surgical treatments. One such surgical option is a myomectomy. A myomectomy could remove some of the fibroids. However, while this can provide relief, this major surgery is often a temporary fix, as the fibroids that might be left behind after surgery continue to grow. These growing fibroids often bring a return of the woman’s symptoms within five years of her surgery and sometimes much sooner than that. It also has the potential to turn into a hysterectomy. Therefore, every myomectomy patient has to know that it is possible to wake up from myomectomy surgery without their uterus (and sign a release attesting to that fact).