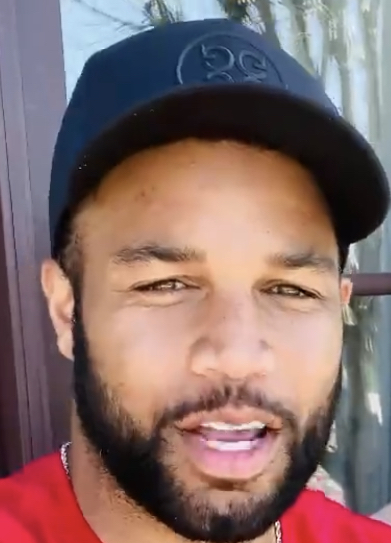 A family feud that started off the NFL field turned into a physical battle on the field on Sunday, Oct. 4, 2020, when Jalen Ramsey of the Los Angeles Rams came to blows with Golden Tate of the New York Giants.

The two have a history together, which centers around Tate’s sister, Breanna Tate. Ramsey reportedly dated Breanna, and they have two children together from a long-term relationship. However, Ramsey broke up with her while she was pregnant with their second child.

After Ramsey posted a tweet showcasing his new girlfriend in October 2019, Tate responded, “He [Ramsey] is gonna see me.”

During Sunday’s football game, Ramsey, a cornerback, and Tate, a wide receiver, jawed at each other as the Giants offense went up against the Rams defense.

In the fourth quarter, Ramsey had a vicious tackle on Tate which led to pushing and shoving before the refs separated the two.

The two came to blows after the game when the teams met to shake hands. And once the two were sent to their respective locker rooms, reporters revealed that Ramsey waited for Tate outside the Giants’ locker room while still in uniform.

NFL officials are reviewing videotape of the melee to see who threw the first punch.

There’s a fight on the field after the game clock hits zero, press box consensus says it was Jalen Ramsey and Golden Tate involved pic.twitter.com/m6WhFUMhwf